Contraceptives can serve several purposes, from reducing the chances of pregnancy to treating hormonal problems. There is no “best” form of contraception — you have to decide which method is best for you. Whatever your situation warrants, there are several options available.

Related story The Business of Birth Control Explores the Deeply Complicated Past, Present & Future of the Pill 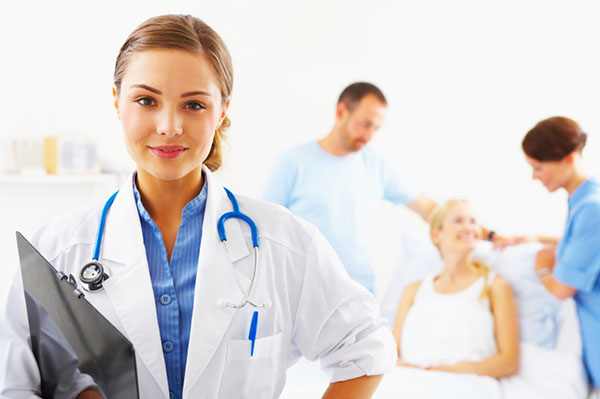 Not sure which type of contraceptive is best for your situation? Dr. Mary Jane Minkin, a clinical professor of obstetrics and gynecology at Yale University School of Medicine, says there has been an increase in the number of choices available to women over the last couple of years. Here are some examples of some of the most common forms of contraceptives on the market.

Birth control pills are a female hormonal birth control method. They come in the form of small tablets swallowed each day. Most contain two types of synthetic (or man-made) female hormones, as well as estrogen and progestin. They are not 100 percent effective, but when taken correctly at the same time every day, they are more than 99 percent effective, according to the Center for Young Women’s Health. This isn’t always easy for busy women, which is why it’s essential to take the pill as directed to reduce the chances of becoming pregnant, says Minkin — who also is a spokesperson for the First Response at-home pregnancy test. She notes, however, that birth control pills today have a quarter of the amount of estrogen they had when they were first released.

“We’ve found that you really don’t need that much estrogen to keep a cycle normal and prevent pregnancy,” she says.

Other types of female hormonal contraceptives include hormonal injections, hormonal implants and a vaginal hormonal ring, “which is a similar method to a birth control pill as far as what it contains, but you only have to pop it in and take it out twice a month,” Minkin says.

“The patch is another option,” she says. “You change it once a week. Implants are good for someone who doesn’t want to think about it at all. An implant is good for three years.”

There are several nonhormonal contraceptive options on the market as well, Minkin says. These include condoms, diaphragms, gels, sponges and IUDs. The last are special devices that fit inside the uterus to reduce the chances of conception. There’s more than one kind of IUD, though, and Minkin notes that ParaGard is the only hormone-free version.

“These are methods that you don’t have to think about on an everyday basis,” she said.

Diaphragms are soft, latex-free domes made from silicone. They serve as a barrier to stop sperm from reaching the cervix, and they are used with creams or gels that attempt to kill any sperm that gets through or around the edges of the diaphragm. Sponges also attempt to keep sperm from fertilizing the egg that ovaries produce.

Plan B One-Step is the first FDA-approved emergency contraceptive to be available in store aisles (not restricted to behind the counter). It contains levonorgestrel, the same ingredient found in several birth control pills. It will not work if you’re already pregnant, but it won’t harm an existing pregnancy either. It should be used within three days after sex, but it is more effective the sooner after sex it is taken.

19 hrs ago
by Laura Williams