Are caffeine, sushi and deli meat really off the table for pregnant women? A new book claims to dispel popular pregnancy diet and fitness myths. 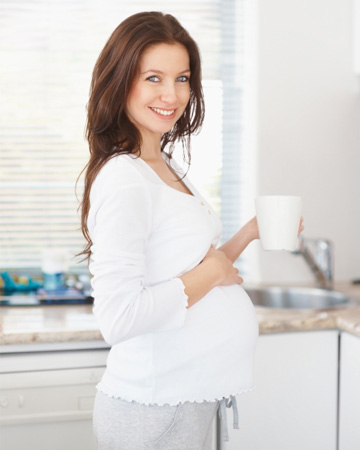 When you’re pregnant, dietary and activity restrictions seem to come with the duty of carrying a little one. But what if mommies-to-be found out that they could enjoy forbidden foods such as sushi — or better yet, do so with a glass of wine? That’s the idea behind Emily Oster’s new book, Expecting Better: Why The Conventional Pregnancy Wisdom is Wrong – And What You Really Need To Know.

Oster isn’t a doctor — she’s an economist and mother who conducted research on pregnancy. That’s also why Oster’s book has come under a bit of fire… something she says she expected. Some of the dispelled myths in her book go against recommendations from prominent medical authorities. 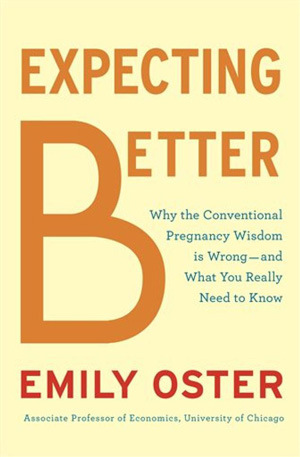 Her goal wasn’t to write medical standards for all pregnant women, though. Oster says her objective was to document an approach that was right for her. That method involved making data-driven decisions and then making judgments that incorporated her personal preferences, tolerance for risk and other factors.

That said, Oster isn’t saying pregnant women should soak in hot tubs during their first trimester, or smoke — those things are still in the “no” file.

In fact, she agrees with a lot of recommendations from prominent groups such as the American Congress of Obstetricians and Gynecologists, but notes that such organizations don’t offer guidance on every situation. For example, they can’t say whether or not to have certain prenatal tests, because women have to make that decision based on the small risk of miscarriage, their health concerns and other factors.

Some choices in pregnancy are not that black and white including some of the food and activity restrictions. That said, women may be able to talk to their doctors about some of the myths that Oster was able to challenge through her research.

Some seafood may be OK, Oster says

According to her research, here are a few common myths that Oster dispelled:

Her book also says that cold cuts, spicy foods and tuna may not be off the table.

And what about that wine? Not bad in moderation, Oster says. Obviously binge drinking is a no-no, but she says several studies support an occasional glass of wine — and that the practice is approved in some other countries.

Make decisions with your doctor

Talk with your doctor about your concerns and preferences. More women are moving toward a shared decision-making model that allows them to more openly talk about options — and make choices with their doctor instead of being told to follow across-the-board medical guidelines.

“Pregnancy is a complicated and often anxious time. I’d like readers to understand that they have the ability to think about the data behind these recommendations, and the ability to understand the process,” Oster said. “Once they do this, they’ll be in a much better position to have an even more productive discussion with their doctors.”