Marriage is by far one of the biggest commitments you’ll ever make and unfortunately, it’s impossible to be fully prepared for the journey. Let’s hear what our readers wish they knew before tying the knot. 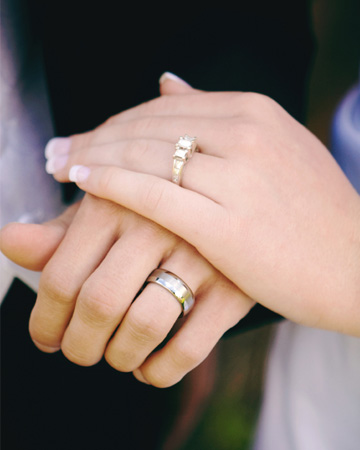 I am someone who happens to love being married. I love having someone to spend my nights with, share my days with and go through life with. My husband is my best friend — and had I known how great marriage was, I’d have married him the day I met him (OK, not really!).

Even though I consider myself to be happily married, there have definitely been some struggles along the way. Marriage takes work — and if there’s one thing I wish I knew before going in, it would be to never take each other for granted and to always give each other your best. Too many fights have stemmed from us having bad days and taking it out on each other. That being said, let’s see what others have to say regarding marriage.

Doug, of MarriageTeam, wishes he knew just how important communication is in a relationship. This goes both ways, though — in terms of “truly listening to what your spouse has to say and expressing yourself in a way that isn’t hostile towards your spouse,” he shares.

Loving someone is a choice

Shannon’s been married for nearly 20 years and wishes she knew there was a difference between being in love and loving attributes of a person. “Life complicates love in its early stages,” she states, “and I wish I knew loving someone was a choice and not something that happened accidentally.”

Life is not a fairytale

Life and love don’t play out how they do in the movies. Jennifer’s been married 23 years and wishes she knew that marriage takes work — hard work. “Happily ever after takes hard work, perseverance and compromise. But it is so more than worth it,” she says.

Pre-marital counseling is a must

Bruce was married for 18 years before divorcing his wife, who is a lesbian. He learned the saying “love is blind” is true, and wishes he would have spent the necessary time and money to get pre-marital counseling (and if you do — take their advice!). Bruce believes if things aren’t good from the start, they’re not going to get better over time. He states that a good rule of thumb is “a good marriage brings 90 percent of life’s joy and a bad marriage brings 90 percent of life’s misery.”

Bobbi, of Date Like a Grownup, became a first-time bride at age 47 and just celebrated her seven-year wedding anniversary. She wishes she knew how easy marriage was! “When you’re in love, you like each other a ton and you’re both willing to participate as grownups — being married is pretty dang easy!” she says.

In relationships, it’s so easy to keep score and think that the other person owes you for something. Unfortunately, this all-too-common method of thinking is what makes many marriages miserable. Dan, who’s been married for 30 years, wishes he knew that keeping score means nobody wins. “If I win at something that involves the two of us, then she loses. If she loses, then I lose, too. In marriage, two people become one,” he states.

Having children is a choice

Amy, of We’re Not Having a Baby, wishes she knew that having children was a choice, not a requirement. She and her husband are happily child-free and have been married for nearly 20 years.

Child-free by choice: Real women who say no to kids >>

Keep dating each other

Once married, couples fall into a routine and can wind up feeling bored with the relationship. It’s important to stay connected and continue dating each other. Debbie, married 18 years, states that “my husband and I stopped dating once we got married and fell into a rut within a few years. Five years ago, we sought out counseling and worked to save our marriage. Things have never been better, but could have been avoided had we just continued to date.” 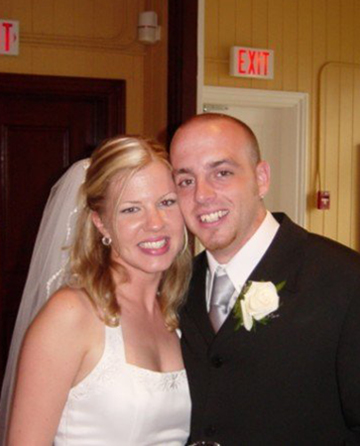 Cari’s been married 17 years and puts it quite simply. “He is different and has a different ways of doing things. My way is not better; his way is not better, it is simply different, and that is OK,” she states. In marriage, work to accept your spouse for who they are and remember the reason you got married in the first place.

Marriage is a partnership

Cari also states that “he is not going to always be your knight in shining armor. Marriage is a partnership. Sometimes you lift him up; sometimes he will lift you. It is during those times you grow closer and your bond becomes stronger.”

Couples on the brink of divorce
Couples reveal their secret to a successful marriage
Love advice from Lee & Morty, the Swiffer commercial couple