Did Angelina Jolie and Brad Pitt pull a fast one on us and get married over the holidays? Maybe. Or maybe not. 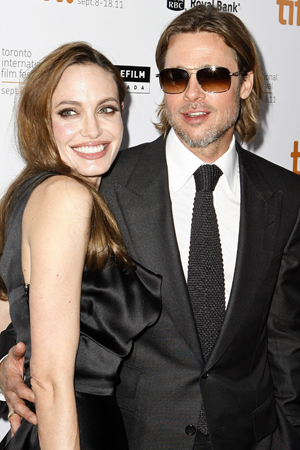 It seems like everyone either got engaged or married over Christmas — including Brad Pitt and Angelina Jolie.

All right, calm down: The A-list pair hasn’t confirmed their marriage, but the U.K. Daily Telegraph reported that the pair married on Christmas Day in a private ceremony in the Caribbean’s Turks and Caicos Islands.

Is it true? We definitely have our doubts — and it’s not the first time we’ve heard about a wedding since the couple of nearly eight years got engaged in 2012. Rumors swirled in August that Jolie and Pitt were planning a wedding in France.

That, of course, never happened.

“Brad had a specific vision for this ring, which he realized over a yearlong collaboration. He wanted every aspect of it to be perfect, so I was able to locate a diamond of the finest quality and cut it to an exact custom size and shape to suite Angelina’s hand,” Procop told The Hollywood Reporter at the time.

“Brad was always heavily involved, overseeing every aspect of the creative design evolution. The side diamonds are specially cut to encircle her finger. Each diamond is of the highest gem quality.”

Jolie and Pitt confirmed the engagement but said nothing about the actual wedding day. Until November, that is.

“I am getting more pressure from my kids, and it is something I want to do within their lifetime, but I also feel like the time has come,” Pitt told People in late November.

So, like, Christmas? Time will tell if they’re really married — or if it’s yet another rumor.

Michael Phelps splits from Megan Rossee
Kim Kardashian and Kanye West: Having a baby!
Just kidding! Shakira hasn’t had her baby yet