Kate Winslet married for a third time earlier this month. Who is the funny dude who won her heart? 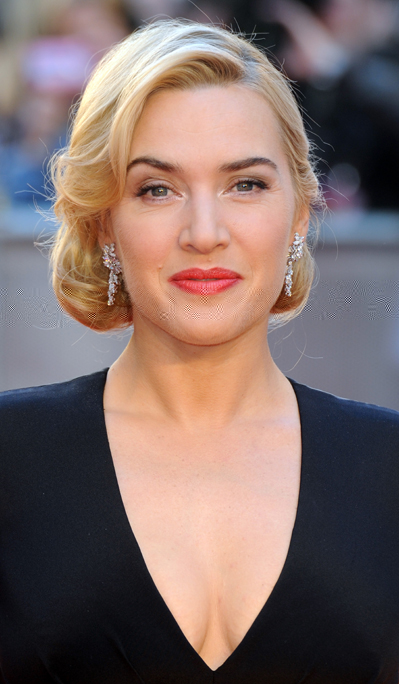 “I can confirm that Kate Winslet married Ned Rock’nRoll in NY earlier this month in a private ceremony attended by her two children and a very few friends and family,” the rep told People.

“The couple had been engaged since the summer.”

The wedding was reportedly so hush-hush that the couple’s own parents didn’t even know about it. Leonardo DiCaprio did, though — he was there to give her away, according to British media reports.

We’re already calling it: Winslet’s fourth husband will be Leo. But, for now, we’re happy she’s happy with Rock’nRoll.

So, who is this guy with the weird surname? He’s the nephew of Virgin CEO Richard Branson and works for Virgin Galactic, the space-travel wing of Branson’s multibillion-dollar business.

As for the last name? It’s legal — he changed it after joking about it with his then-wife, Eliza Pearson.

“It was hysterical. We had discussed him doing this many times before, but I wasn’t sure whether he’d do it,” Pearson told the U.K. Daily Mail last year. “The whole thing was about having fun with your name. He thought we all took ourselves too seriously so it was about reacting against it. He looked into just being ‘Ned,’ with no surname at all but, apparently, that’s illegal so we couldn’t do it.”

Apparently that sense of humor was what won over Winslet. The pair met on Necker Island in August 2011 when she visited with then-boyfriend Louis Dowler. Rock’nRoll was there to “take his mind off things,” according to the U.K. Sun, but “when Kate came out they really hit it off.”

Tim Tebow: Single in time for the holidays
20 Romantic gestures for your beau
What do men look for in women?