Do you have any conditions that would stop you from walking down the aisle? The word on the street is that fewer women are getting married due to the fact that more men are unemployed, making them less desirable to marry. There are now more women deciding that being single is just fine with them due to what they see as slim pickings. 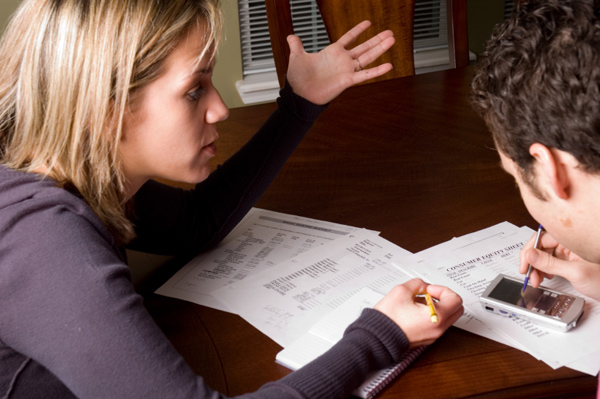 According to a recent survey by ForbesWoman and YourTango, 75 percent of women would not marry someone who is unemployed, while 65 percent would not marry someone if they themselves were unemployed. On the other hand, 91 percent of women surveyed say they would marry for love and not money. The statistics are a good argument for those people who say that it is time to redefine what marriage looks like. The institute of marriage is shifting all the time with couples now choosing to clearly define it on their terms.

On your part, you have to tackle your thoughts about money. When you were growing up, you developed thoughts and ideas about how money works. You are bringing all of those thoughts into your relationship. For instance, do you think that men should make more money than women? If you do not have your own money coming in, do you feel less than your partner? What do you want to spend money on (be honest about your shoe fetish)? The list goes on and on.

Be honest with yourself about your thoughts and fears about money. Once you know where your thoughts and ideas come from, you can have better communication with your partner about how being unemployed will affect your choices together. Even if you are both working now, it does not hurt to see how the two of you would handle the situation.

If you find yourself in the predicament of deciding whether or not you will get married due to one of you being unemployed, what always works is listening to your gut. If you do not trust your partner now when it comes to money, it is not going to automatically get better because you walk down the aisle. Marriage is for better or worse. The worst is having to confront this issue, but doing so only makes it better for you in the long run.