If you’re not a sports fan, chances are you’re not a happy camper around football season and March Madness. After all, you’re not interested in anything taking your man’s attention off of you. 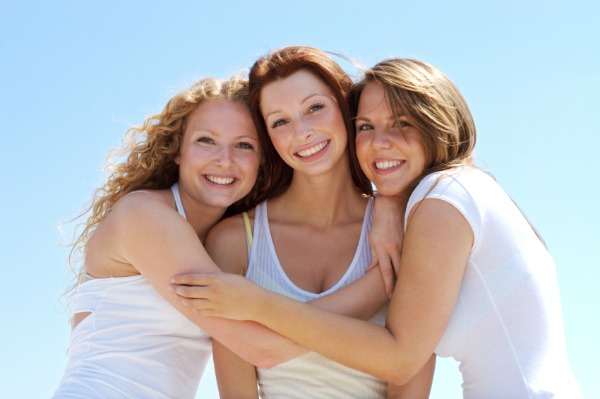 Well, you’re not alone. There are plenty of ladies who are sick and tired of their men paying attention to televisions and cold beers with their bros instead of them. It’s time to pick up the phone and make plans with your lady friends for some of your own March Madness this month!

Here are some ideas for plans:

Stephanie Scuoppo of Miano Viel Salon & Spa in Manhattan suggests going out with some gal pals for some fun, flirty hair extensions together. “You don’t even have to get a full head, and they don’t have to cost that much,” she says. “Doing it together will seem like more of a team effort.” The salon offers a new kind of flat, seamless extension in a signature jewel tone. “Get a couple of strategically placed strands to show solidarity.” Hmmm, not a bad idea for the month of March, ladies!

Sunday brunch with the ladies is a great plan that gives you something to look forward to every weekend. March has five Sundays, which means five different brunch spot options. If you and your girlfriends live in different areas, why not make an adventure out of the plan and travel to a different neighborhood each week? Bonus: It’s Sunday — indulge in bloody marys and mimosas!

Look, if your men are glued to the couch watching balls go up and down a court, shouldn’t you maybe go to um… Vegas? Rodric Bradford is the co-owner of Vegas Luxury Group VIP. He and his partner James Lungi have earned the reputation as two of the best resources for VIP access on the strip. Let them help you put together your girls’ getaway March Madness trip with bookings for:

Looks like Vegas has more to offer than the prospect of blacked out nights that have you waking up on the roof of a hotel.

Host a series of events in your home

From Tupperware parties (hey, those still exist!) to sex toy parties, and even tarot card reading parties, you and your girlfriends have plenty of opportunities to make March the month of your own kind of “madness!” The best thing to do is to rotate hosting with the rest of your girlfriends. Having pot luck-style food preparations is another surefire way to keep the stress level down.

Together with your girlfriends, decide on a doable amount of books to read for the month of March. (Probably no more than two or three — let’s get real here.) This will actually give you all something to do while your man is watching the game, and meeting with the girls to discuss the finished book gets you out of the house. It’s a win-win! Game on!