Valentine’s Day is a celebration of love in many countries. There are parades, fancy balls and more. Get inspired by unique traditions from many different cultures. 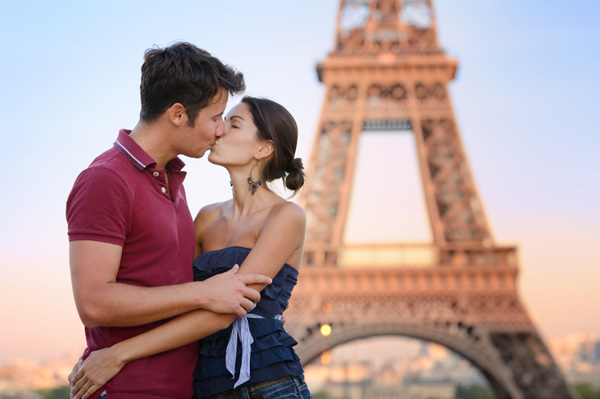 Love transcends boundaries of continents and culture, and so does its holiday. Valentine’s Day may seem distinctly American to some, but the truth is, it didn’t even start here. Saint Valentine of Rome was martyred for marrying Christian soldiers in defiance of the emperor’s orders. Emperor Claudius II of Rome wanted the soldiers to focus on soldiering, but Valentine could not bear the thought of them corrupting themselves with pre-marital sex. He was buried on Feb. 14. He even wrote the first Valentine’s card to the daughter of his jailer, signing it “From your Valentine.”

What started as a feast day on the church calendar has blossomed into a celebration of love and romance all over the world. Our fellow citizens of earth have found some pretty interesting ways to mark the day.

The French had a now outlawed tradition called “une loterie d’amour” where the single set would go to the house of neighbors across the street until everyone had paired up. They had a bonfire at the end for women left single, where they would burn pics of their exes and hurl insults, but it had to stop when things got out of hand.

Many people will journey to the village of Saint Valentin in Indre, France. You can hang out in the Lover’s Garden or get married under the garden gazebo (if you don’t mind the cold).

South Korea is rather harsh for the single set. Women give chocolate to men on Feb. 14. Men give women candy on March 14. What happens if you don’t get anything? You end up at the mourners’ table come April, eating black noodles with all the other sorry singles.

In Guatemala, they take the pressure off. The day is as much about love for friends and family as it is for couples. The senior citizen set even has their own parade.

There is much love for Valentine’s Day in Mexico. They love a lot of the same traditions that Americans do with cards, candy, romantic dates and lots of flowers. They even organize fancy and elaborate balls. Don’t think you can casually decide to go out for dinner on Valentine’s south of the border. The restaurants are packed and reservations go fast!

11 hrs ago
by Kelly Iverson

11 hrs ago
by Dr. Claire McLintock