Let’s face it — there’s a reason why Shakespeare is regarded as one of the greatest playwrights and poets in history. His ability to praise the heart and its emotional power has driven the romance entertainment industry for generations, and rightly so. If he taught us one thing, beyond his countless poems and plays highlighting love in all its forms, it was that there is certainly more than one way to say “I love you.” 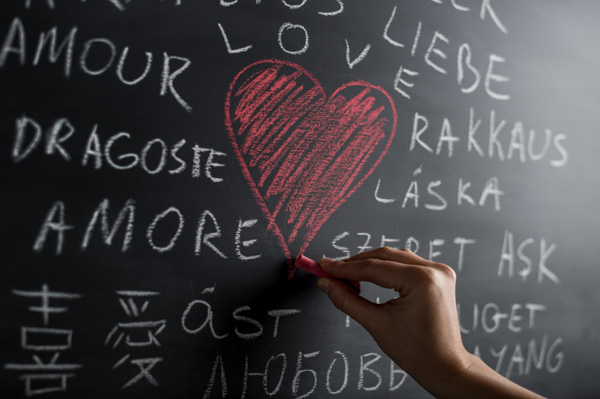 This Valentine’s Day, we’re not saying Shakespearian literature is the route to confess your feelings to your beloved (although it doesn’t hurt), but you never know where you’ll be in the world when the moment is right to use the universal tour de force phrase, “I love you.” As a helpful tool, we’re teaching you how to say “I love you” in 10 different languages.

Note: This is the standard Arabic way to say “I love you.” Different dialects and contexts decipher how this phrase is altered.

Note: Another way to say “I love you” in a less traditional way is to say, Te Quiero (Teh-KeyA-dO), which translates to “I want you,” although it is not necessarily sexual. It is more affirmative.