Sofia Vergara’s New Year’s Eve was quite the eventful one, thanks to a fight with fiancé Nick Loeb. 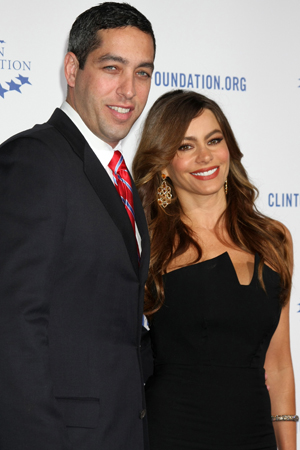 The new year is not boding well for Sofia Vergara and fiancé Nick Loeb: They were reportedly kicked out of new Miami Beach hotspot Story after Loeb got into it with her. What upset him so much? One of the Modern Family star’s fans.

“Nick appeared to get really angry after Sofia took a picture with a stranger, and started screaming at her. Nick had to be pulled off Sofia by security. Her dress got torn in the melee. This happened right in front of everyone in the VIP section,” a source told the New York Post, adding that there was “some pushing and shoving.”

“Four security guards grabbed Nick and threw him out of the back door of the club, with Sofia following behind.”

Loeb and Vergara are known for their epic fights — it was one of the reasons they broke up the first time. He allegedly also had a fit when the actress’ dress famously split at the Primetime Emmy Awards in September.

“Someone in the front was screaming ‘Wardrobe! Wardrobe!’ and she was frantic,” a source told the New York Post of Vergara’s split dress. “Nick was trailing in the back looking annoyed.”

Vergara acted like it was a hilarious thing, but she was reportedly “in tears” over the incident and “he was just annoyed that she pulled them from the audience. He was huffing and puffing, and while she was getting pinned and sewn back in by a wardrobe assistant saying, ‘Let’s go Sofia!!’ he didn’t say anything to comfort her.”

Yikes. Let’s hope he grows up before they get married, though fat chance of that happening — he’s 36.

Michael Phelps splits from Megan Rossee
Kim Kardashian and Kanye West: Having a baby!
Just kidding! Shakira hasn’t had her baby yet