Michael Phelps is single, ladies: He broke off his relationship with blond model Megan Rossee, according to sources. 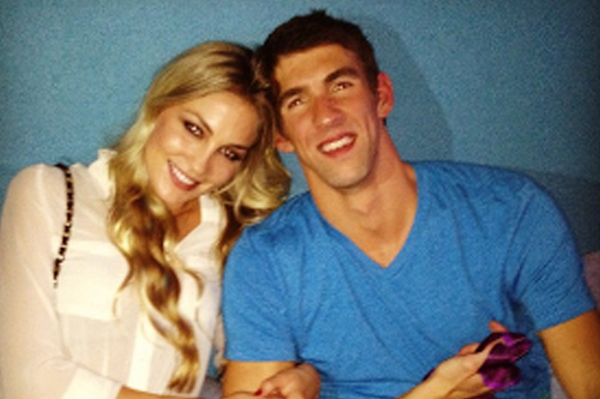 Michael Phelps is single and ready to mingle in 2013: His nine-month relationship with model Megan Rossee is over, according to reports.

AKA pursue other girls.

The pair started dating before the Olympian competed for the last time at the 2012 London Games, and Rossee showed off numerous shots of London on Twitter.

Now? She’s not so happy-go-lucky about her swimmer beau on the social media site.

Phelps’ fans questioned the aspiring model’s intentions with the now-retired swimmer. She didn’t help things, telling the Baltimore Sun that what she really wants to do was act (naturally).

“My parents say I used to run around and spit out lines from movies,” she told the newspaper.

Still, she denied the rumors.

“People are going to say and believe what they want,” she added. “I have close family and friends who know me and what I am about, which is what I deem most important.”

“I’d rather just enjoy it as it comes,” she says. “With that being said, I just plan on exploring my passions, surrounded by people that make me happy.”

Phelps doesn’t seem to be too upset about the split, judging from his tweet.

“Things happen for a reason… #notme,” he wrote.

Somehow we doubt either side will have trouble finding a new relationship.

23 mins ago
by Sara Dobie Bauer

23 hrs ago
by Iris Goldsztajn