Did Shakira have her baby this week? Not so fast… 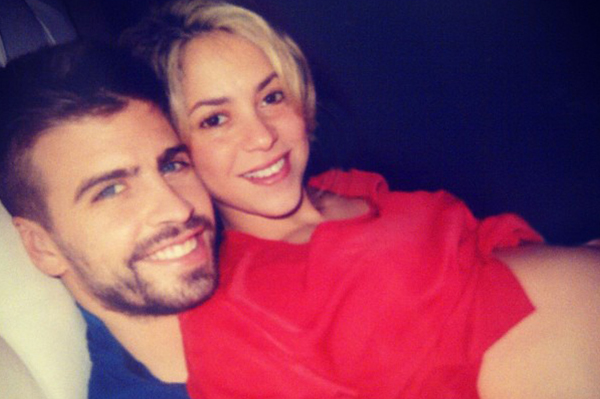 That Gerard Pique is such a jokester. The football-playing boyfriend of Shakira punked fans earlier this week when he announced the birth of their baby boy.

“Our son has been born! We are very happy! Thanks to all for your messages,” he tweeted on Dec. 27.

Fans rushed to congratulate the couple before realizing that it was actually Dia de los Santos Inocentes — Spain and Mexico’s version of April Fool’s Day.

“It has a name! His name is Innocent!” Pique tweeted early Friday. “Happy Dia de los Inocentes to all!”

Pique might have been joking, but the Colombia-born singer is due to give birth any day now — at least judging from the photo she posted on Instagram earlier this month.

“I could have another 9 months like this!” she tweeted, along with an adorable shot of her baby belly.

The baby will be the first for the 35-year-old singer and her younger beau.

“As some of you may know, Gerard and I are very happy awaiting the arrival of our first baby!” she announced in September. “At this time we have decided to give priority to this unique moment in our lives.”

Shakira won’t have a lot of time off to celebrate her new-mom status, though: She is set to join Adam Levine, Blake Shelton and Usher as a judge on the fourth season of The Voice, starting on March 25, 2013.

And don’t expect pregnancy to soften her, either.

“I tell ya, Shakira is not joking around about this. She is serious and she wants to win this thing,” Shelton added. “I don’t know if I’ve seen anybody as committed — out of the six of us that have done this now — as she is to winning this thing.”

14 hrs ago
by Gina Escandon