Tim Tebow and Camilla Belle won’t be making an appearance at church together this Christmas. The pair — linked for two months — has split, according to US Weekly. 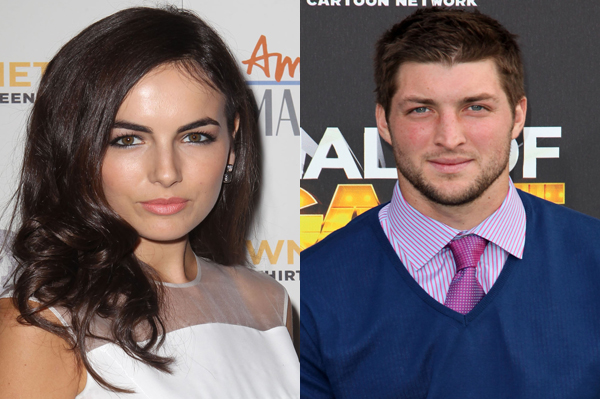 And now for the best holiday present at all: Sexy New York Jets baller Tim Tebow is single again! The virginal pro just broke off his relationship with actress Camilla Bella, according to US Weekly.

“It just didn’t work out,” a source told the magazine.

The pair was first spotted in October at a Jacksonville, Florida, restaurant.

“They were grabbing kisses and holding hands… They were having a great time together,” a spy told the magazine at the time.

But apparently it wasn’t to be.

Tebow likely won’t be wanting for female companionship though: He’s been linked to a variety of famous females, including Taylor Swift and Dianna Agron.

Plus, being single for the holidays will help Tebow save a little cash — a good thing, given that he’s reportedly set to part ways with the Jets after a turbulent season on the sidelines. Even better, Whitney Casey, relationship expert at Match.com, says it’s better to break off a failing relationship before the holidays rather than after.

“There’s never a convenient time to break up with someone, so if you’re having reservations, don’t wait until after the holidays to bite the bullet — you’d never want to come across like you just waited for a gift,” she told us. “Twenty-five percent of singles have broken up with someone during the holidays, so you aren’t alone!”

Her advice for Tebow?

“Start the year off with a new dating outlook — you’ll be better off in the long run.”

3 Reasons being single rocks
3 Dating resolutions for the new year
Must-know dating signals: Is your date into your date?

9 hrs ago
by Gina Escandon