Not all love stories are fairy tales. But, some of them are. 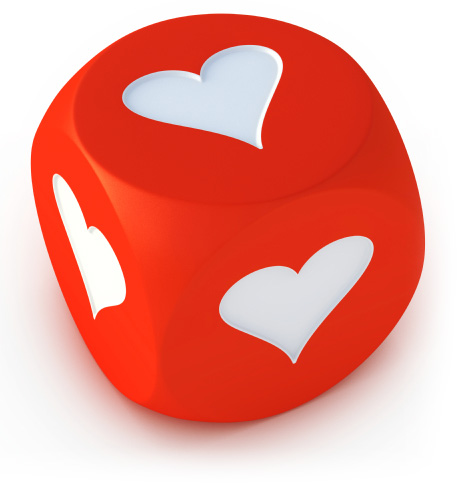 Take a chance
on love

Not all love stories are fairy tales. But, some of them are.
Normally, when someone thinks of a risk they’re willing to take, it has to do with jumping out of an airplane or investing in the stock market. Very rarely do you get the true chance to take a giant leap of faith and try something risky with love. 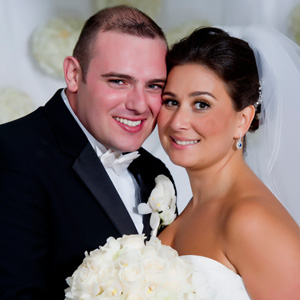 I know from personal experience that taking a chance on love is a very big deal. My story is a pretty amazing one, so I’ll brief you on it right off the bat: My cousin and I have an age difference of about four years. When I was younger, I always hung out with him and his friends and secretly had a crush on his best friend, Alex. When I was 17 years old, Alex asked me out for dinner and I felt uber-cool, seeing as how he was an older guy.

Sadly for me, nothing came of this dinner and I went off to college and lived the high life (sometimes literally!) in Hoboken/Manhattan for years after graduation. Cut to 2010 — 11 years after our dinner, I see Alex at a surprise birthday party my cousin was throwing for his wife. I had absolutely no idea he’d be there, no idea what he had been up to the past 11 years and no idea that night would change my life forever. Alex and I were inseparable the entire evening.

Now living in Florida, Alex flew up for the birthday party and to spend the weekend with his best friend, my cousin. We talked all night long (I spent the night at my cousin’s) and spent the rest of the weekend together since (conveniently) there was a snowstorm keeping me from driving home. Come Monday, I was back in my beautiful high-rise Manhattan apartment reliving every moment of the weekend. Alex and I were completely in love. And, it took less than 48 hours.

Six weeks later, we were discussing who would make the move. This wasn’t a question of trying to see if we’d work. This was a matter of where we were going to live to make it work. We were soul mates. We both felt it.

Originally from Brooklyn, Alex was open to the idea of moving up to New Jersey (my home state) and building our lives here. But, ultimately, I was the one who wanted to get out of the area, start new and embrace love as the driving factor of my life instead of a career, as it had been for so long.

So, two months after our first time together in 11 years, Alex flew up to New Jersey to “pick me up” as we took a road trip down to Florida together. Nine months later we were engaged, and nine months after that we were married. This weekend marks my two-year anniversary down in Palm Beach Gardens and I can tell you, I wouldn’t have changed one thing.

Here are some stories from a few other people who took a risk on love! 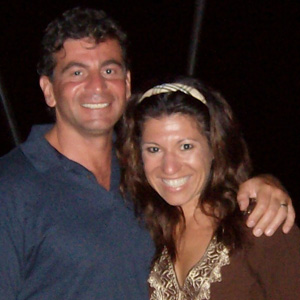 Lori Bizzoco, a former PR SVP was doing great in her career, living in the city, summering in the Hamptons and traveling around the world. The only thing missing was someone to share her life with.

“I was approaching 38 years old and still had not found anyone to settle down with, so I decided to activate my profile on Match.com. Within a few days, not only had I met someone, but he proposed nine weeks later. Yes, proposed!

But, that wasn’t the craziest part. He was an old fashioned family man who wanted me to move out of the city and be a stay-at-home mom. He wanted me to give up my six-figure salary and the life I knew to take a chance at our happily ever after only two months after meeting him. And guess what? I did it.

I was scared as heck, but I did it. I gave it all up to be with him and it worked out amazingly. We’ve been married four years, have two beautiful daughters and I even created my own business. I’m now the Executive Editor and Founder of CupidsPulse.com, which meshes my background in celebrity entertainment, PR and my experience of dating and love.” 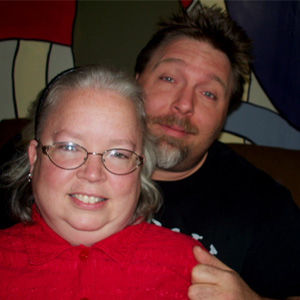 19 years ago, Christopher Burch stumbled upon a funny personals ad on the Prodigy computer network.

“That long ago, you didn’t often hear of people meeting online. I was stationed in Hawaii in the Navy, my future wife was in North Carolina finishing law school. I found her ad funny and unique and I flew from Hawaii six months later to a state I knew nothing about to meet the woman of my heart.

We spent an interesting and fun month together. I proposed; she accepted, and three months later I flew her to Hawaii to get married. Last week, we celebrated our 18th anniversary with our 4-year-old. I was willing to travel from Hawaii to North Carolina to finally meet a woman I had only known for six months… and take a chance on love.” 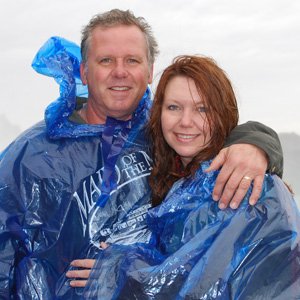 Sherry Gavanditty’s boyfriend convinced her to ride a ski lift to the top of Sugar Mountain… only she didn’t know how to ski!

“We rode a ski lift to the top of the mountain — with skis on and the intent of skiing down — but I had no idea how to ski. I was terrified and as we climbed, the height and everything below became smaller, I realized that I could be killed. Finally, when we got to the top and I semi-overcame my fear of heights, my boyfriend proposed! I went up for love and came down engaged.”

19 hrs ago
by Tarah Chieffi