Oh Facebook! The most well-known of social media websites has the potential to enhance or destroy a relationship, but today we’re taking a look at one real life couple who has a major Facebook love success story! Get ready to go awwww. 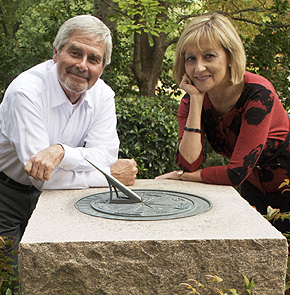 Falling in and out of love

Can’t get enough love stories? Find out more about how social media has changed the love landscape.

High school sweethearts and University of South Carolina alumna Diane Finklea, 61, and Bob Lee, 63, fell in love for the first time in 1962 at Latta High School in Latta, South Carolina. At the time, Diane was in 8th grade and Bob was in 9th and they dated for most all of the school year.

One day, Diane had a friend deliver a note to Bob in his Latin class. “Diane passed me a note, saying she didn’t want to continue as boyfriend and girlfriend, but would keep me on her list,'” Bob says. The two remained friends during high school but went their separate ways after graduation and didn’t keep in touch at all.

Later on, Diane began nursing school at USC, and Bob served in Vietnam with the U.S. Army, after which he completed a degree in social work at USC. They are both huge USC fans, although they didn’t attend the university together. Instead, they each pursued careers, married other people, raised children and eventually wound up single and looking for love.

Diane stayed in Latta and Bob moved to a town about two and a half hours away. Even though Bob would come back to Latta often to visit his mother and sister in the small town, Diane and Bob only caught a glimpse of each other once. Sometimes, when Diane would run into Bob’s family in town, she’d ask how he was doing, but that was the extent of it, and they weren’t exactly keeping tabs on each other.

Diane first got on Facebook to connect with people and to see pictures of her grandchildren, but after eight months on the site, she and Bob became friends. Neither of them remembers who friended who first, but they became aware that the other one was on the social network because they had mutual friends.

Diane and Bob started corresponding immediately, talking about how he had recently retired and she was thinking about it, their grandchildren, etc. “Bob and I reconnected on Facebook with general conversations, during which we caught up on years past. By then, topics of conversation had changed from high school news to retirement issues, grandchildren and, of course, our loyalties to USC,” Diane said.

About five months after connecting online, they met in person in Latta. Naturally, Diane was quite nervous to see Bob in person after all those years, but she was pleasantly surprised to see that Bob had the same sense of humor and wit from high school.

The two spent their first grownup date watching the Carolina-Clemson football game last November with Bob’s family. At that point in their lives, Diane had been single for 18 years and Bob for 14 years. After casually dating other people on and off, both were content with their single status but still felt like something was missing. That is, until they found each other.

After dating for several months, the couple got engaged in August 2011. “It was as if the 49 lost years had suddenly melted away,” Diane says.

One day, Bob sent Diane a link about the USC wedding project – where you can submit your story for a chance to have students in the Hospitality Retail and Tourism Management class plan your wedding. Thinking that they had a pretty sweet story to share, Diane agreed to submit an application. And she’s glad she did, because the couple ended up winning! Bob and Diane worked side by side with the students to plan a beautiful wedding that all came together on Nov. 20, 2011.

Looking back on her romantic journey, Diane says love is better the second time around. And after all it took to get to where they are, it’s no surprise that the couple is constantly bombarded with questions about their story – a story that gives others hope.

Between them, Diane and Bob have three daughters and three grandchildren, all of whom were in the wedding and are friends on Facebook.

When asked if the couple thought they would have reconnected without the help of Facebook, Diane said, “Well, it had never happened in all those years,” citing the fact that they only saw each other once – proving the power of the Facebook connection.