Meeting the love of your life on a dating site may be a thing of the past. 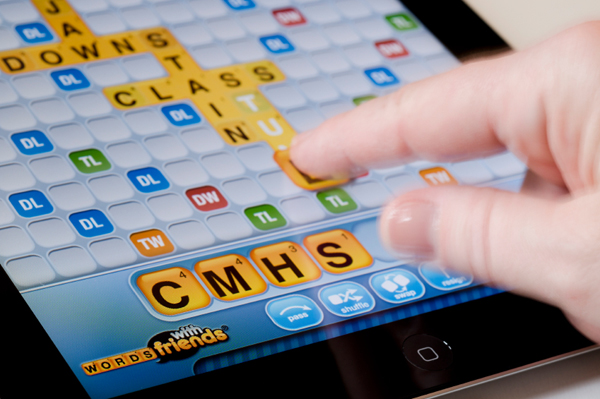 Game apps like Words with Friends encourage flirtation through challenge and anticipation of the next move. According to a survey conducted by the creators of Words with Friends, over 30 percent of players use random matches — and a few of them have gotten lucky in love!

Megan Lawless and Jasper Jasperse: Megan lived in Chicago and she met her husband (who lived in Amsterdam) through Words with Friends. She had only played with her friends in the past and the one day Megan decided to play a random opponent, she was paired with Jasper. Through the game’s chat function, they began talking and pretty soon graduated to emails and Skype. After a short while, Jasper moved from The Netherlands to Chicago to be with Megan. Can you spell C-H-A-N-C-E? They were married in the summer of 2011 at a winery outside of Chicago! 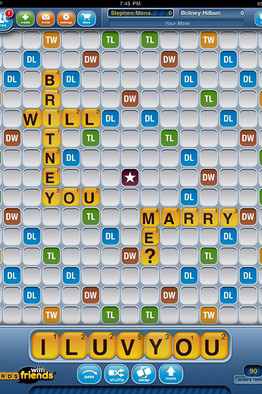 After playing with her own friends, Trish Palmer of Dacula, Georgia decided to choose a random opponent to play against. Trish, a nurse, lost the first game by nearly 200 points. Determined to win, she continued to challenge her mysterious competitor to rematch after rematch until finally, she sent a message through the chat function. “Where are you?” she asked. And those were their first words. “Houston,” David Palmer answered. Over time, the two became closer and developed a strong bond and real life courtship. Both divorced with children, the couple married in November of 2011 and now reside in Dacula.

Stephen Monahan of Gainesville, Texas was paired with a random opponent, Britney Hilbun, coincidentally from Tyler, Texas (about three hours away). The pair began to chat through the in-game feature after she noticed his unique user name, Hotdog Phingers, a reference to a favorite episode of The Office. The pair flirted and formed a relationship, becoming engaged on Christmas last year. How’d he do it? He created a Words with Friends board with the words “WILL YOU MARRY ME?”

12 hrs ago
by Monica Beyer