It’s 11 p.m. and you’ve had a few drinks with your girlfriends — OK maybe more than a few. Either way, you’re feeling good, good enough to call your ex. Three words: Don’t do it. Fill your time up with our suggestions below instead. That way, you’ll wake up with just a hangover sans regret! 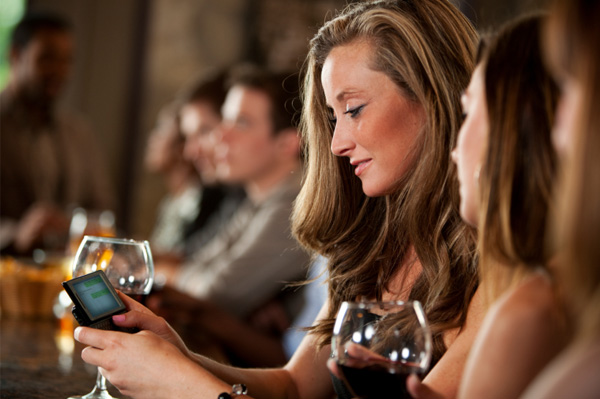 We know that after a few drinks, carrots and hummus aren’t the foods that you’re craving. So why not give in once in a while, as in once every few months, and order a cheesy pepperoni pizza or heat up those taquitos from Roberto’s. The grease will soak up some of the alcohol, hopefully causing your brain to think more clearly and curbing the urge to call him. All you’ll have to do is work out all day tomorrow. No biggie.

Flirt with other guys

Depending on your flirt level, this could end up in regret. But let’s just say your A-game isn’t that great so you’re not an aggressive flirter. Saddle up to the bar and start talking to that cute guy you’ve been eyeing all night. Keyword: Talk. Don’t go home with him or anything because then you’ll have bigger problems than holding back from drunk dialing your ex. If you’re into him, get his number and hang out with him when you’re sober. And three hours later doesn’t count as sober.

This is always a good idea to do after you’ve had a few drinks. You should read what goes on in your head with the help of some alcohol. Read it when you’re sober and you’ll have some fun laughs, or you’ll be really creeped out. Just put on some music and type away! You can try writing but that gets tricky with the handwriting.

Check out these five things not to do when you’re drunk: