If your love life could use a pick me up, then by all means, don’t skip this read! Find out how to create some serious steam between you and your lover with these five pleasant surprises. 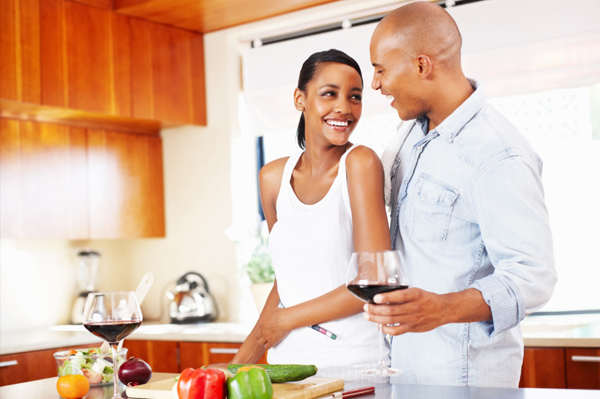 Whether it’s to his favorite sports team or his favorite band, getting tickets to an event you know he’ll love will make him grateful to have you in his life. Even if it’s not a band or a team you love, make the best of it and make the entire night all about him. Seeing him happy will make you happy! Unless you’re just not that into him to begin with. That could be a problem.

As in soapy wet! While your man is soaping up his hot bod in the shower, hop in with him. Give him enough time to wash his hair, though. You don’t want to catch him mid-rinse and cause him to open his eyes while shampoo is dripping down his forehead, especially in his most vulnerable state. We don’t want that. Maybe give him a heads up, “Hey youuu,” and then get in. After that, it is between you, him and the soap.

When he’s lounging around the house or when he just gets home from work, do him a nice favor and fill up his gas tank. Small gestures like that let him know you appreciate him. You can either choose to tell him what you’re going to do or tell him you’ll pick up dinner and take his car. When he gets in it to go to work the next morning, he’ll notice his full tank and love you for it. Now, if he drives a Hummer or an Escalade, then don’t make it a habit or you can say goodbye to that Rebecca Minkoff tote you’ve been eyeing.

This might seem obvious, but it’s pretty much a fool-proof way of surprising your special someone. Though they say the way to a man’s heart is through his stomach, make sure you don’t give his stomach indigestion from what you’re making or you may not make it to his heart. So if you’re not familiar with the oven or stove, much like myself, then try recipes ahead of time from a cookbook or make him something that’s impossible to mess up like spaghetti or macaroni and cheese. It’s not five-star restaurant status, but it’s the thought that counts! Add some candles and use your nice dinnerware to give your meal a special look.

This could work anytime between the hours of midnight and 3 a.m. with a boyfriend, husband or booty-call. After you’ve both fallen asleep, either set your alarm or let your internal I’ve-got-to-pee-at-2 a.m. clock wake you up. Then wake him up by rubbing his arm, leg or nether regions. When you get down to it, he’ll eventually wake up. Proceed to engage in some late-night nookie. He’ll love this surprise wake up by you.