As women, we all know the wild examples of what not to do (aka How to Lose a Guy in Ten Days style). We get it: guy + girl with crazy dating behavior = guy ignoring girl (or guy getting a restraining order). But what about the rest of us non-crazy women who get labeled “stage five clingers” and have no idea why? 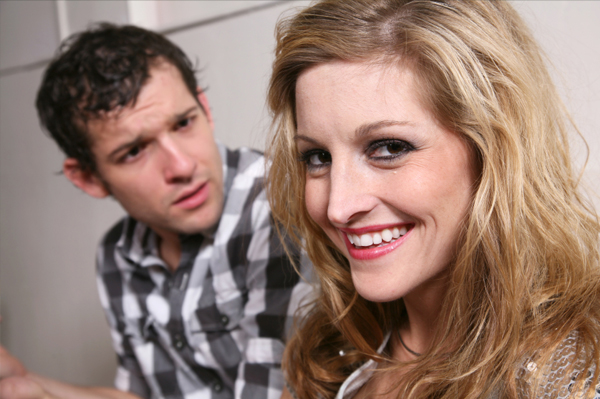 Before writing this article, I thought I knew exactly what I was going to say. I’ve never been the clingy-type and have always known what not to do in dating. I have my mom to thank for this one. When I was seven years old, she found out I was using my new phone to call this one boy every day after school. My phone was soon taken away and my wise mother informed me, “Sadie, boys call girls and girls call back, don’t chase boys.” So, with that ingrained in my head at such an early age, I thought for sure I already knew everything there was to know about not looking desperate. Oh, how wrong I was.

I polled a handful of men (colleagues, buddies and even some exes), ages 25-40 and asked them: “What makes women look clingy? What subtle mistakes are women making that make them look desperate in dating?” Some of the examples these guys gave made me look at dating in a totally different way. I almost feel sneaky knowing some of these secrets… so, of course I have to share.

Apparently we’re texting them too early. One guy stated, “Don’t text me before noon. I’m not ready to think about you yet.” Well, this is a new one. I asked him to elaborate and he explained that when he first starts dating someone, he hopes that the girl he’s into has more of a life than to text him in the morning. I confirmed this with about 10 other guys and they all agreed, “Yeah, I’m not really thinking about the girl until the afternoon anyway, so it feels like a chore to text back that early.” Lovely.

Another interesting nugget on the texting front: One guy firmly stated, “Don’t text me at 6 p.m. and ask how my day was. In my mind, I’m now feeling like I should have texted you earlier and you’re annoyed because I haven’t.” Now, this one ironically annoyed me. I had to stand up for ladies and of course said, “Well what if she just got off work and just wants to know how your day was… nothing more?” He said, “It always means more. That kind of text makes a girl look like she’s needy. Just wait for me to text you.”

Sadie says: You never want to be a “burden” or a “chore” in a guy’s mind. You want to be the mysterious new girl he’s trying to learn more about. So, I do agree with not texting before noon. However, we can take it to the next level if you really want to be the opposite of clingy: Don’t ever text him first. Just respond. Have some fun with it and he’ll wish you were texting him before noon in no time. 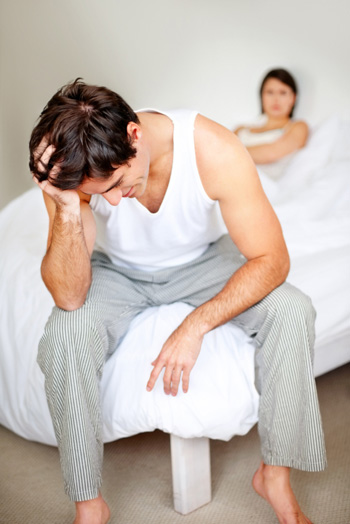 Ok, this one is fun, too. One guy said, “I hate it when a girl tells me to ‘be safe’ or ‘be careful’ when I’m about to go surf or play sports or even when I drive. I have a mom and I don’t need two.” I always say “be safe” to guys, so I will now be removing this from my dating vocabulary. Who knew? Maybe we should tell them to drive off a cliff and see what kind of a reaction that gets. Kidding. Anyway, I digress.

He makes a valid point. It is so easy for women to go into nurture mode because, well, we’re women and that’s just how we are. When we care about someone, we want them to be careful and oh, I don’t know, not get in a car accident. Call us crazy. Apparently, telling a man to be careful makes them feel like you’re mommy-ing them.

Sadie says: If you’ve been dating for more than a few months and he is traveling to climb Mt. Everest during the winter, then you can tell him to “be safe,” but I would refrain from mothering your man if he’s only making a trip to the grocery store. He wants to maintain a certain image — invincible, manly man. Don’t remind him to wear his seat belt, put on sunscreen, not speed and to be careful. We’ll give them this one and stick to saying, “Have fun!” instead.

Facebook and Twitter have brought about a whole new set of rules when it comes to dating these days. We’ve become privy to snippets of information we probably shouldn’t see due to check-ins and status updates. For the *Nancy Drew girls, this will only hurt the authentic process of getting to know someone.

(*Nancy Drew Girl: A smart female who is always in detective-mode and thinks that semi-stalking and/or researching potential suitors online will assist her in learning more — good and bad — about him and then will further determine if she should continue dating him.)

One guy laid it all out for us, “Please don’t ask me why it says ‘single’ or who that girl was who wrote on my wall.” Ladies, this guy is over the age of 40. Facebook is not just affecting college-age and twenty-somethings. When a girl asks about the places he checks-in or casually asks about who he was with when he went to dinner @localrestaurant, this makes her look uber clingy (and borderline obsessive). What we think is just a nonchalant question, “Hey, you were down the street from me last night! Why didn’t you text me?” — is actually a loaded question to the guy (especially when you found out he was there because you saw it on his Facebook page).

Sadie says: Facebook gives anyone the ability to be their own publicist. Perception is reality. Having control of your image and being selective about what information you share online, gives us all a ton of power over what people think. With that in mind, know that if you really want to give your potential relationship a solid chance, do not even talk about Facebook. Be Friends if you have the willpower not to go into Nancy Drew mode, but do not ever use the information you find on his page as some sort of evidence and a reason to assume you know the whole truth about someone — unless of course you’re dating someone already “In a Relationship.” At that point, run!

Being clingy is not attractive — no matter how hot you are. The most beautiful, smart, funny women can unknowingly come off as desperate because of subtle mistakes. Just because we aren’t investing in love ferns or talking about our periods all the time does not mean we aren’t somehow turning men off with an early text, Facebook questioning and so on.

So, to this, I say: Let’s re-learn to be the woman in dating. Guys grew up playing sports and working hard to get the shiny trophy and they will spend hours fishing until they catch something. They are not afraid to go after what they want. Don’t take this pleasure away from them in the world of dating. It’s simple — men want what they can’t have and they will move mountains for something (or someone) they really want. You just get to live and love your life with or without him. Be patient and know how fabulous you are — no need to text him before noon to tell him so.

Everyone is getting married but… YOU
How to let go of your ego and improve your relationships
Stuck with Mr. Wrong?