Tall men tend to be a hot commodity in the dating pool. Not that all women want a tall man, but the word on the dating street is that women prefer tall men. That is all fine and good, except when a tall woman cannot find a man because petite women are claiming the tall men as their own. 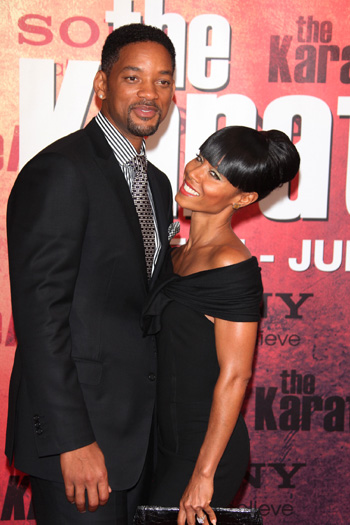 I happen to be a petite woman who loves men over six feet tall though I am only five feet. Tall women tend to say stand back to the shorties because we limit their dating pool. There is even a Tall Girls Facebook page with a post dedicated to women asking the question, “Why don’t tall men want tall women?” That is a good question that does not seem to have an easy answer.

Some tall women proclaim that tall men feel emasculated around them or are afraid of them, so they go after petite woman. On average men like women who are shorter than them, so little ladies like myself do benefit from this. What may also come into play is that tall men like to protect petite women. A lot of men want to be needed by their woman, so naturally being a protector is appealing to them.

Some of the parings of celebrity couples who are in a tall man and short woman relationship are:

Of course there are some people who say that tall men and short women get off on the power kick it can create in the boudoir. When a woman is small, it gives her big and tall man the opportunity to dominate her during sex. This is not a motive for all, but it can be a factor in causing attraction between the two.

Why are tall men such a big deal to women? After all, if you are looking for love, does it really matter how tall a man is? Though it should not matter, women consider height when they look for a mate. According to scientists, women perceive men of substantial height to be better fighters and more useful than their shorter counterparts.

Tall men are also thought of as striking, handsome and stronger. Due to this, tall men tend to be more successful, which in turn makes them even more appealing.

With that being said, it gives even more meaning to the classic description that a man is, “tall, dark and handsome.”