To Groupon or not to Groupon — on the first date, that is the question. 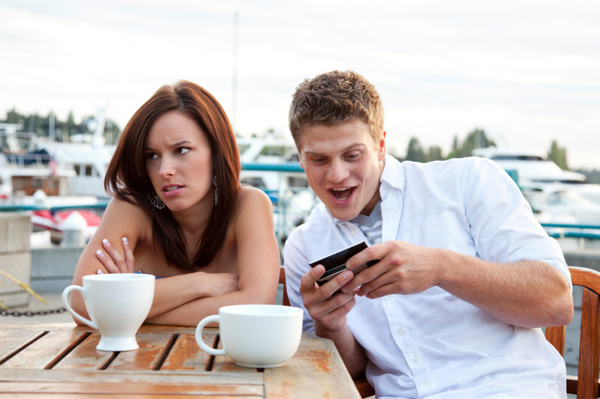 Everybody loves a good deal, but you may want to think twice before flaunting your fiscal savvy on the first date.

While online coupons from Groupon and LivingSocial are a great way to save 50 percent on that cosmic bowling you’ve been meaning to try, they’re also a surefire way to kill all chances of getting a second date — or maybe not. Take a look at these reasons why using a Groupon might be a good idea:

You may recognize and acknowledge the above statements as being completely true and reasonable, and according to Frugalista.com guest blogger Terrence Turner, there’s no shame in using a Groupon on your first date. It shows the woman that you’re a planner and you don’t like to pay full price if you don’t have to. What’s wrong with that? “So by all means, use that coupon. Use Groupon if you have to,” says Turner. “If she complains about you using a coupon, she isn’t hungry in the first place.”

If you still feel awkward about using your Groupon, try waiting until the third or fourth date and even then, communicate beforehand. Say something like, “Hey, I just realized that I have a Groupon that is about to expire. Want to check it out?”

Let us not forget that the vast majority of your date-worthiness depends not on the $16 you saved, but on your sparkling wit.

Love and gadgets: Tech etiquette for couples
Where have all the good men gone?
To friend or not to friend on Facebook?