You’ve met a new guy who you are really interested in but he isn’t responding to you as enthusiastically as you wish. He may see you occasionally, at your suggestion, or may only be calling you late on a Friday night for a last-minute date. You make excuses for his behavior and believe that the longer he’s around you, the better the chance is of his falling in love with you. Unfortunately, the truth may be that he’s just not into you. Check out these telltale signs that he’s not into you to decide if it’s time to forget him and move on. 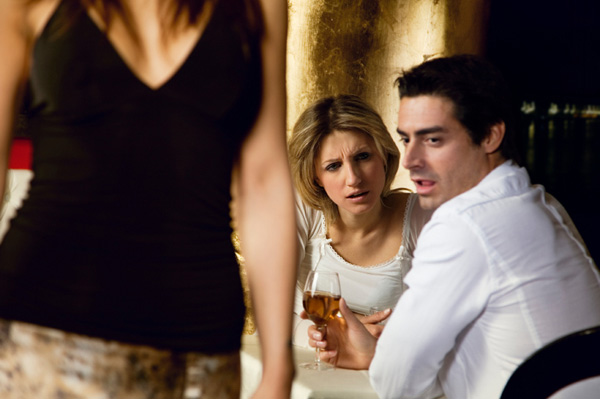 He’s not making an effort to see you

When a guy is into a woman, he does whatever it takes to make time to see her. He invites you on dates, he calls to say hello and he makes a serious effort to plan time together. If you find you are the only one calling, inviting and planning and he is just going along with it half-heartedly, then he’s just not that into you. Stop calling and inviting and see what happens. If you don’t hear from him, move on.

Just how many times can you believe that the guy you are seeing has to work late or is visiting his sick aunt? When a guy is avoiding you, he thinks it’s better to make excuses instead of hurting your feeling by stating outright that he isn’t into you. If he’s too busy to see you at the beginning of the relationship, then it’s obvious he won’t have time for you later on either. Take the hint and look for a man who really is into you.

You haven’t met his friends

When a guy is excited about a new woman in his life, he can’t wait to show her off to his friends. He wants to include her in every aspect of his life and also wants to meet her friends too. So if he hasn’t yet introduced you to his friends, or says he wants you all to himself for awhile, then he probably isn’t as interested in you as you’ve hoped. Take the hint and find someone new.

He forgets important things you tell him

A guy who is interested in you will make sure to remember your favorite flower, the name of your favorite band or that special drink you always order. He will also pay attention when you tell him you are up for a promotion at work or that your father is in the hospital. If your guy is always asking what you want to drink when you go out, doesn’t ask about your promotion or how your sick father is doing, then he’s not the one for you.

He says he just wants to be friends

Yes, ladies, when a guy says he only wants to be friends, he means it. No matter how sexy your new dress is, no matter how often you ‘accidently’ bump into him when out on the town, you are not going to change his mind. Even if he does ask you to go to a movie or club with him – he means as a friend only. A guy who is into you will not say he just wants to be friends, so if the guy you like says this, believe him and give up thinking that you could be more than just friends.

He’s looking at other women when he’s with you

When a guy is interested in the woman he is with, he doesn’t crane his neck or look over your shoulder to catch a glimpse of the woman behind you in the tight dress. His eyes and attention should be on you, and only you. If your guy is checking out every cute woman who passes your table when you are out together, then he is not that into you.