Is your guy a cheater-cheater or is he really going out with the guys? Here are six signs that your guy may be hiding something. 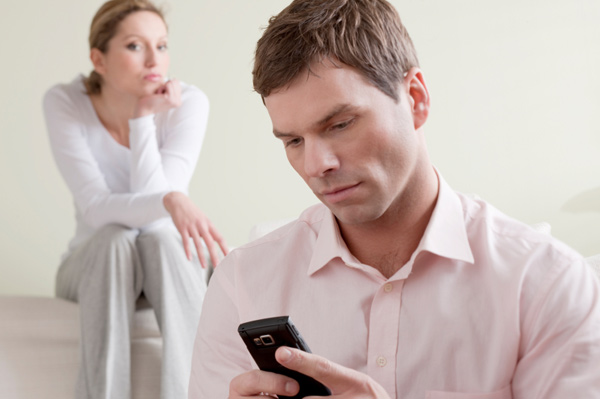 He’s suddenly — and surprisingly — taking more interest in his appearance with new clothes, a new workout routine, scented deodorant and intense concentration on styling his hair and getting a close shave. When you two first met, he impressed you this way. Taking up the habit again suddenly could be a sign.

He’s hanging out with the “guys” or working late more often. A sudden distance or avoidance of time spent with you is trouble. If the excuses come more frequently, you have a problem.

He’s moody or snappy one day and overly affectionate the next. Does he try to initiate arguments with you? Often men want to start a fight to justify their cheating behavior, or he may overcompensate for his bad moods by being extra attentive. A change in the pattern of your relationship is worrisome.

Does he get calls at night? Has he recently started setting his ringtone to vibrate or leaving his phone turned off when you’re around? Is he suddenly obsessed with keeping his call list cleared? If he panics when you pick up his phone, it’s a very telling sign.

Friends and acquaintances are asking you too frequently about your relationship — or warning you that they’ve seen your partner in unexpected places. It may be difficult to determine who is being honest and sincere, but friends tend to notice when things aren’t right. Of course there are more obvious signs of straying such as his wandering eye when you’re out together, lipstick and makeup marks on clothing and being secretive about charges to a credit card.

He wants more sex and is suddenly asking you for new positions and changes to your sexual routine. He doesn’t have time or energy for sex or tells you he’s tired and not in the mood. Big changes in your sex life can be a sign that you’re not the only one he’s playing with.

11 hrs ago
by Trish Fancher