You know how one minute you’re in a happy and fulfilling marriage and the next you find out that your husband of 20 years has been cheating on you with someone 10 years younger? Well I do. 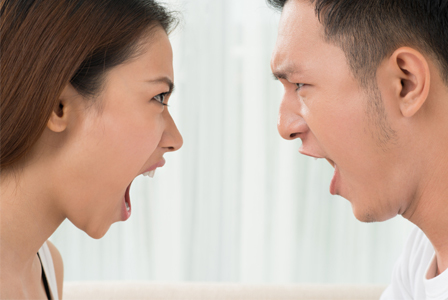 We’ll take a pass on drama

Most women have had at least one dramatic relationship (if they’re lucky, it’s just one!). These disasters involved men who told us one thing, and did another.

When we ditch the drama king, the tension and anxiety dissipates and we feel like a 500-pound weight has been lifted. Aren’t colors a little more vibrant? Isn’t the sound of laughter a bit more soothing? It’s nice to watch the evening news without bursting into tears, isn’t it?

You’re healed and your life is drama-free, just the way you like it. Right?

Having survived a couple of relationship disasters, I somehow managed to start attracting good men. I can’t tell you how relieved I was when I realized I wasn’t going to keep cycling from one meat head to the next. Yay me! God didn’t hate me after all.

The last two men I dated spoiled me rotten, were patient, kind and they adored me. That made me happy — for about three months. Something was missing, but what? Other women would kill to be in my shoes, I told myself.

My daughter (who is 19) and I discussed it one night, and she affirmed what I had been thinking. Her boyfriend always chased her and always wanted to be with her. There was never any question. And she said out loud that she sort of missed the mystery and intrigue that came with her old boyfriend, who never really let my daughter know where she stood with him.

I probably should have been alarmed, but I knew exactly what my daughter was talking about. We both longed for the spark that comes when you first fall for someone — the wondering if they like you as much as you like them, your heart skipping a beat when a text shows up on your phone, and waiting for a response to your reply.

Does drama replicate many of the emotions of that initial uncertainty and chemistry, but not in a good way? Is that where the confusion and trouble start?

I reached out to relationship expert, CEO and founder of Exclusive Matchmaking, Susan Trombetti for her opinion on my theory. What she has to say was insightful, surprising and a bit alarming.

Susan explained the situation for me: “When a guy says he wants to settle down and have children and be all the things a woman wants, some women tend to run because we always want what we can’t have. Suddenly, if it’s right in front of you, something has got to be wrong because it’s too easy. That’s why to be a ‘nice’ guy is the kiss of death. Let a guy tell you he doesn’t want a commitment or kids, and as women we fall madly in love with him.”

That’s not good news. So why do we do that? Susan continued to describe things for me: “As children, lots of people experience drama in their homes and family relationships. We don’t recognize love unless there are intense highs and lows. I worked with a woman who was married to a nice guy. She thought she was happily married and had overcome the need for drama, but she eventually divorced. She said she was happily married, but she loved the drama and uncertainty of crazy guys. The thing that shocked me was that she’s a very polished, well-educated, proper woman from the right side of the tracks. I think guys and girls alike need to learn what love looks like when they have it. Drama-filled relationships are a great high for some, but no one can build a life on that.”

It’s startling to think that women may be attracted to drama, since that is the thing that makes us cry, drink too much wine and lean on our friends at odd hours of the night. And yet if we truly examine our relationships, it’s a possibility that seems too obvious to deny.

Two girls, one dirt bag, same problem
My most vengeful act against my ex
When is it OK to go to dinner with a married man?

23 mins ago
by Ally Hirschlag