Research shows that an MRI may help diagnose dyslexia earlier. 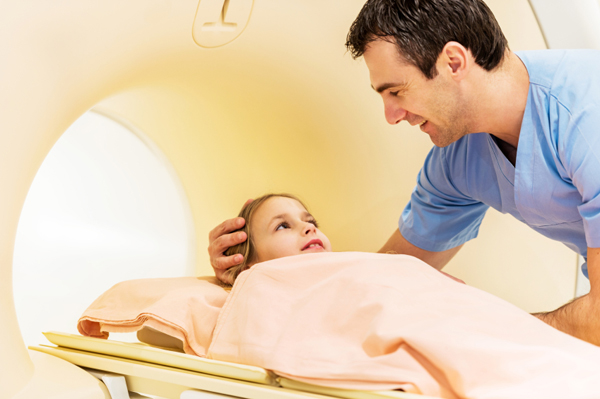 New research shows that an MRI of the brain may be able to diagnose dyslexia in children — and earlier than traditional methods.

A study of 40 kindergarteners who underwent an MRI showed a link between poor pre-reading skills and the arcuate fasciculus, a structure in the brain that connects language-processing parts of the brain.

Previous studies point to a smaller, less organized arcuate fasciculus in adults who cannot read well, compared to those with normal reading capabilities. The researchers say the findings show that the left arcuate fasciculus is already smaller and has less integrity in kindergartners who are at risk for dyslexia due to poor phonological awareness. While scientists aren’t sure what causes the structural differences in the brain, John Gabrieli, a professor and member of the McGovern Institute for Brain Research at the Massachusetts Institute of Technology, said it could be genetic or environmental.

The study, which was published in the Journal of Neuroscience, suggest that scans could help children with dyslexia before they begin to read, giving parents more options for early intervention.

“We were very interested in looking at children prior to reading instruction and whether you would see these kinds of differences [in the brain],” Gabrieli said.

Next, the researchers will follow groups of children as they progress to second grade to determine if the brain structure differences identified in kindergarten can forecast difficulties with reading.

“We don’t know yet how it plays out over time, and that’s the big question: Can we, through a combination of behavioral and brain measures, get a lot more accurate at seeing who will become a dyslexic child, with the hope that that would motivate aggressive interventions that would help these children right from the start instead of waiting for them to fail?” Gabrieli asked.