A new Apple app gathers in-depth data to help women determine the best time of the month to conceive — and could even pitch in money for fertility treatments. 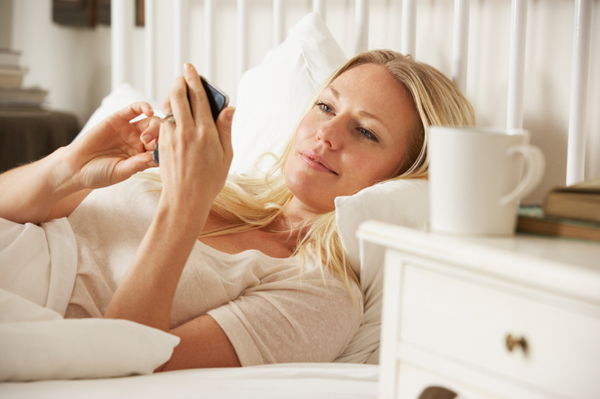 Can’t get pregnant? There’s an app for that.

A new mobile app called Glow recently launched for iPhones and keeps track of a woman’s best times of the month to conceive. On the flip side, it can also help women who want to avoid having children.

But the app also includes a bit of community. Users can contribute to a pool of money — they can add $50 per month for a 10-month span under the “Glow First” program. Whoever does not conceive at the end of the time will receive money from the pool to pay for infertility treatments.

Levchin is adding $1 million of his own money to the pool and is hoping the pool can cover in-vitro fertilization procedures, which can cost tens of thousands of dollars. The fund may also help with data collection, since those paying for the service may be more devoted to enter data routinely.

The app collects quite a bit of data, though, so be prepared to divulge more than the date of your last period. It wants to know your body temperature — even the texture of cervical mucus, along with your weight and also details on the position you were in when you last had sex.

The app is part of the movement to collect data and interpret trends from it, also known as “quantified self.”

Eventually, Levchin said he would like the app to gather data via sensors attached to the body. Maybe a wireless thermometer could help determine a woman’s time of ovulation. If we connect them and analyze their data, sensors for weight, activity and other physiological metrics would be able to suss out lots of other medical conditions, he added.

“We want to gather fresh data surrounding topics like: Is having sex on your back better for conception? How much does BMI (body mass index) impact fertility? Should this person be treated for endometriosis, instead of turning to expensive fertility procedures first?” Levchin said.

Bipolar linked to flu in pregnancy
Is drinking OK for baby?
1 Embryo works in IVF

6 Things You Need to Know About Perinatal Mood Disorders

11 hrs ago
by Kimberly Zapata