A new study proves what you’ve always thought to be true: Chocolate is good for your brain! 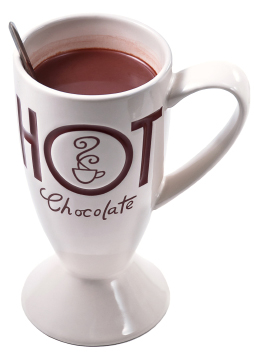 A new study proves what you’ve always thought to be true: Chocolate is good for your brain!

This is the best news we’ve heard all week! A new study published in the journal Neurology found that people who drink hot chocolate have better brain health than those who don’t.

For the study, researchers asked 60 people age 72 or older to drink two cups of hot cocoa a day for a month. The results? Some participants who had previously performed poorly on memory and reasoning tests showed marked improvement in blood flow and brain function after drinking cocoa on a regular basis. Those who didn’t drink hot cocoa didn’t show any improvement.

The purpose of this study? Researchers want to know if an antioxidant found in chocolate — flavanol — improves brain and blood vessel function. Ultimately, they want to use the data to help people at risk of developing dementia.

Why you should eat chocolate

The hot chocolate study is hardly the only research that has gone into the delicious candy. Over the years, scientists have discovered a variety of benefits one can reap from eating chocolate:

So, eat up — just don’t go overboard: Gastroenterologist Dustin James, M.D., recommends eating no more than half an ounce of the candy a day. Now, if you’ll excuse us, we have to go boost our brainpower with a Hershey bar!

4 hrs ago
by Laura Williams