Internet commentators rage against a California man who proposed to his girlfriend on Reddit. Did he really do something so wrong? 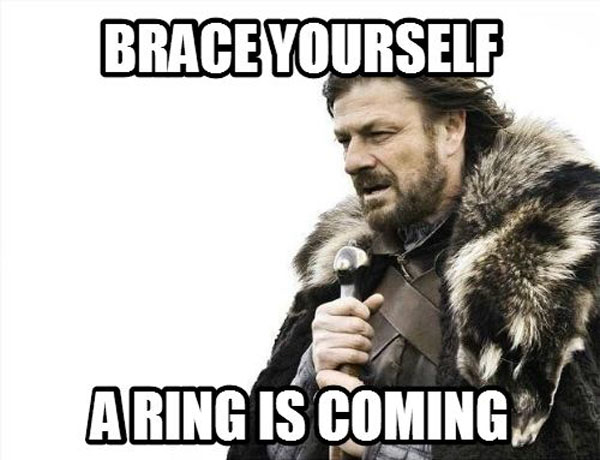 It’s hard not to love it when a man proposes to his girlfriend in a special way. Every proposal is special, but it’s that extra bit of effort that shows he’s really in tune with his relationship.

Take Malcolm Collins, for instance. The California man opted to propose to girlfriend Simone Smith via a hilarious (and sweet) photo album posted to Reddit.

“I wanted to propose in a way that would be meaningful for both of us and Reddit is Simone’s favorite website,” Collins told Yahoo! Shine on Tuesday. “It was a tall order to be romantic online in such a public setting; however, I loved the idea of a slideshow that featured our special moments.”

It worked: Smith screamed with joy when she saw the slideshow that illustrated the proposal with a series of “Animal Advice” memes like “I used to have reservations about marriage and they’re gone,” and “Brace yourself: A ring is coming.” He added a second album of original illustrated photos that depicted different moments in their relationship.

It paid off: She said yes!

Totally adorable, right? Some Redditors didn’t agree — and they weren’t afraid to express their disgust.

“If she posts an awkward penguin with just the word ‘No,’ this will be the greatest day of my life,” TheShrinkingGiant wrote.

“I have never met a woman who would be OK with this,” added GreenLion22.

Added SpasmWaiter, “This is the most cringe inducing s**t I’ve ever seen on reddit… I hate you all so much.”

And those were some of the mild comments. The outcry inspired Smith to defend her fiancé on the thread.

“This is honestly the most romantic thing someone has ever done for me. The advice animals crack me up, and the commissions are amazing,” she wrote. “We’ve been together for well over a year and have been living together for two months. We met online (of course). We designed the ring together, so I was fully on board with getting engaged. I just wanted the proposal to be a surprise and something epic that we… could joke about for the rest of our lives. I think he delivered pretty well on that front, given how much I love the Internet.”

We have to agree! It sounds pretty romantic to us, and Collins gets mega points for incorporating his girlfriend’s interests into his proposal. Sounds like he’ll be an amazing husband!