Based on the latest medical research, here’s what you need to know about ovarian cancer — the risks, early detection and preventive measures.

Related story Everything You Need to Know Before Your First Colonoscopy 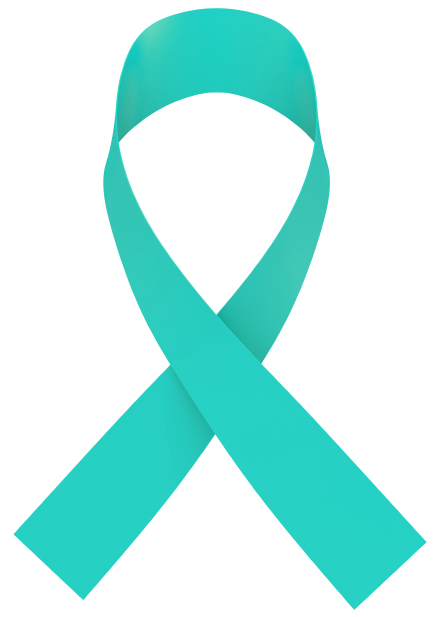 Based on the latest medical research, here’s what you need to know about ovarian cancer — the risks, early detection and preventive measures.
The American Cancer Society estimates that approximately 22,000 women are diagnosed with ovarian cancer annually and in 2013 about 14,000 will die from the disease. The encouraging news, however, is that 20 percent of ovarian cancer cases are found at an early stage, and about 94 percent of patients live longer than five years after diagnosis.

Who is predisposed to ovarian cancer?

So statistically speaking, if a woman has ovarian cancer, it is much less likely to be from a genetic cause.

“That being said, if women have a family history of ovarian, fallopian tube or primary peritoneal carcinoma, it is best if the affected family member receives genetic testing,” the doctor recommends.

The National Comprehensive Cancer Network (NCCN) guidelines recommend that all women who are affected with one of these cancers be offered testing for BRCA1 and BRCA2 (breast cancer genes 1 and 2). The Susan G. Komen Foundation reports that women who carry these inherited gene mutations have a greatly increased risk of breast cancer and ovarian cancer.

Angelina Jolie made a brave decision to have a preventive double-mastectomy and to reportedly have her ovaries removed (prophylactic oophorectomy) because of her family history (her mother died of ovarian cancer at age 56 and her maternal aunt died of breast cancer at 61). Since then, Wingo says, she has seen an uptick in her medical practice of women requesting genetic testing.

“Many gynecologic oncologists encourage our patients to undergo testing,” Wingo says. “Angelina Jolie bringing [her] private struggles to a public forum has greatly increased awareness. Not everyone should be tested, but it allows us to provide more education, and refer the appropriate individuals for testing.”

The Mayo Clinic reports that high-risk women age 35 and older, who have a strong family history of breast and ovarian cancer and who have completed childbearing, are the best candidates for surgical ovary removal. This decreases the risk of ovarian cancer by 80 to 90 percent.

“Ovarian cancer is not the most common gynecological cancer we treat, but it is the most lethal,” Wingo concludes. “As more awareness is brought forward, people realize they are not in a vacuum. More people are asking questions, and the information you get can impact your and your family’s future.”

Up next: Prevention and risk of ovarian cancer >>

2 hrs ago
by Michele Borboa MS