State officials believe contaminated bagged salad is to blame for a cyclospora outbreak in several states. 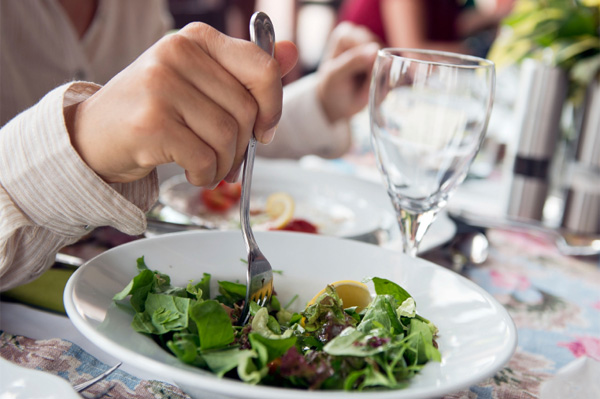 State officials believe contaminated bagged salad is to blame for a cyclospora outbreak in several states.

Officials in Nebraska and Iowa believe that contaminated bags of lettuce are to blame for a cyclospora outbreak that has sickened at least 372 people in 15 states.

“The evidence points to a salad mix containing iceberg and romaine lettuce, as well as carrots and red cabbage as the source of the outbreak reported in Iowa and Nebraska,” Iowa food inspector Steven Mandernach told NBC News. “Iowans should continue eating salads as the implicated prepackaged mix is no longer in the state’s food supply chain.”

Cyclospora — a rare parasite typically spread by feces in contaminated food or water — has affected at least 143 in Iowa and another 78 in neighboring Nebraska. The FDA hasn’t yet said whether or not bagged salad was to blame for those sickened in other states, including Texas, Wisconsin, Arkansas, Connecticut, Florida, Georgia, Illinois, Kansas, Minnesota, Missouri, New Jersey, New York (including New York City) and Ohio.

“FDA is following the strongest leads provided by the states and has prioritized ingredients of the salad mix identified by Iowa for traceback investigation, but is following other leads as well,” agency officials said Tuesday.

How to stay healthy (but still get your veggies)

Luckily, those sickened by the tainted food can be treated with antibiotics, but the outbreak should serve as a reminder: Always be careful with your fresh produce. To that end, we’ve rounded up a few tips to help you keep your food safe.

6 Tips to cook like a chef and look like a model
Survey says: You spend 2,000 hours stressed out each year
Study: Breast-fed children are less likely to develop ADHD