A British company has developed a lingerie line inspired by Fifty Shades of Grey. 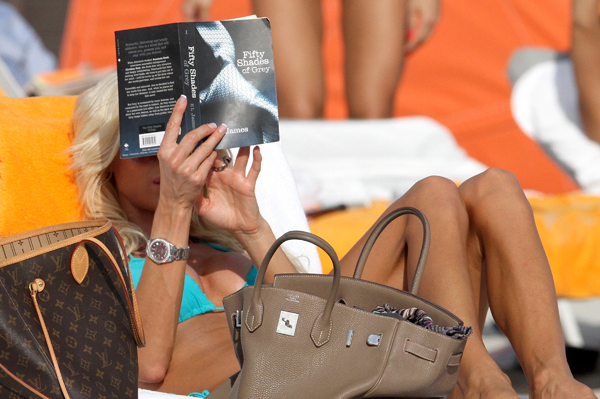 We’re still — still! — waiting to find out who will play Christian Grey and Ana Steele in the big-screen adaptation of the Fifty Shades of Grey trilogy. At this rate, it might be 2020 before we see the films, but a new line by British lingerie company BlueBella will give you the opportunity to act out your own version in the privacy of your bedroom. 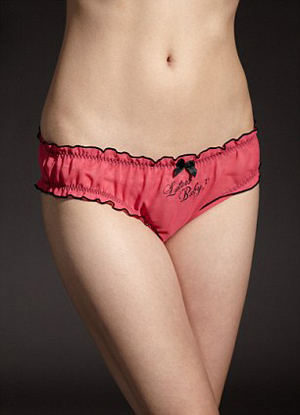 BlueBella teamed with author E.L. James to create a collection of bras, panties with detachable silk ties, babydoll sets and sheer underwear. The pieces are all emblazoned with memorable lines from the books, including the oft-repeated “Oh, my!” and “Laters, baby!”

The line will be officially introduced at the Moda Lingerie & Swimwear Show later this summer, with an official launch date shortly afterward. The pieces will range from about $20 to $60, according to BlueBella CEO Emily Bendell.

“The ‘Fifty Shades effect’ has benefited our business and the books have played a significant role in shifting perceptions of female sensuality.”

Even better news? A second collection is already planned to coincide with the first film’s release in the summer of 2014.

The one thing the line won’t include (at least not yet) is an official pair of handcuffs. That’s OK, though — people seem to be quite capable of locating a pair on their own.

The London Fire Brigade reports that, since 2010, U.K. authorities have responded to 1,300 calls involving people with their body parts stuck in various household items, including handcuffs.

“I don’t know whether it’s the Fifty Shades effect, but the number of incidents involving items like handcuffs seems to have gone up,” Third Officer Dave Brown said in a press release. “I’m sure most people will be Fifty Shades of red by the time our crews arrive to free them.”

We’ll just stick with the lingerie!

Will you buy Fifty Shades of Grey lingerie? Sound off below!

More on love and sex