BodyMedia FIT delved into user data and found out which states have the fittest — and the most obese — people. 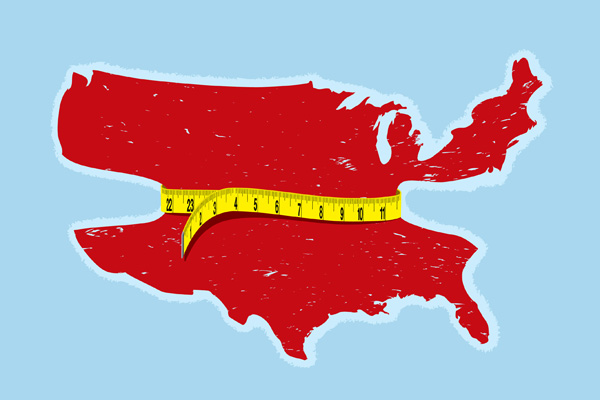 We’ve all heard the statistics: According to the U.S. Centers for Disease Control, about one-third of Americans are considered obese, meaning they have a body mass index of 30 or higher.

However, researchers with activity tracker BodyMedia FIT did a little digging and found that the percentage of obese people is more than 50 percent in most states. The company measured data from about 180,000 of its users and found that Indiana has the highest percentage of obese users at 59 percent, with West Virginia ranking a close second at 58.8 percent. Maryland and Colorado are the states with the fittest users at 38.1 percent and 48.2 percent obese, respectively.

The habits of highly successful losers

It’s not all bad news, though. BodyMedia’s research found that people who managed to drop at least 10 percent of their body weight do so by making simple tweaks to their diet and exercise routine. Here’s what they did:

Need help getting started with your weight loss journey? Read the stories of women who all dropped more than 100 pounds!

22 hrs ago
by Iris Goldsztajn