Naya Rivera admits she’d be all over online dating… if she wasn’t already famous. 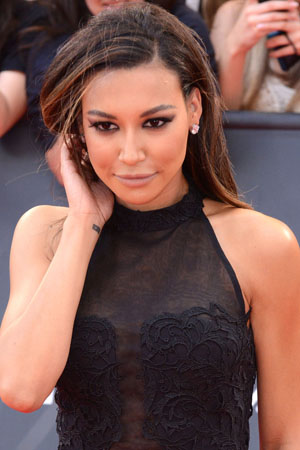 The whole online dating scene can be difficult to navigate, but at least one celebrity wishes she could join the ranks of e-daters.

“If I wasn’t famous, I’d be on OkCupid,” Naya Rivera tells Complex in a new interview. “All my friends are.”

Well, probably not. The Glee star is currently dating rapper Big Sean, so he probably wouldn’t be cool with some online dating action.

Rivera isn’t the only celebrity who has expressed a desire to find love online, though: Halle Berry, Adele and Mila Kunis have all talked publicly about online dating. The only problem? Fame makes it super tricky.

“I am never who I am. I have been to a couple of dating ones just to see what everybody is talking about. I chime in and say a little fun stuff,” the newly married Berry once said.

“If I didn’t do what I do, I would do Internet dating instead of going out to bars. In two seconds I would. It makes so much more sense,” Kunis told Glamour in 2012.

Adele might be an engaged mom now, but even she trolled for love online.

That’s not to say all celebrities stay away from online dating. Dancing With the Stars judge Carrie Ann Inaba admitted that she met her then-fiancé on eHarmony.

“I was dating all these younger guys. I was like, ‘Maybe I need to change it up a little,'” Inaba told Access Hollywood of meeting Jesse Sloan. It didn’t end up working out.

Let’s hope it works out a bit better for Martha Stewart. The 70-year-old arts-and-crafts mogul recently signed up for Match.com.

“I was reminded how central good relationships are to happiness and longevity. Also, I’ve always been a big believer that technology, if used well, can enhance one’s life. So here I am, looking to enhance my dating life,” Stewart wrote on her Match.com profile.

She received over 1,000 messages in the days after her profile went live in May.

“There’s no question that Martha is one of the most popular members ever to join Match,” Match.com CEO Sam Yagan told NBC’s Today.

She eventually narrowed her list of suitors down to five.

“There are two that I could have coffee with,” she revealed.

Oh, to be a fly on the wall during one of those dates!

2 hrs ago
by Morgan Mullings