A new study indicates that men with high levels of fish oil in their bodies were more likely to develop prostate cancer.

Related story 5 Ways to Add Healthy Fats Into Your Diet 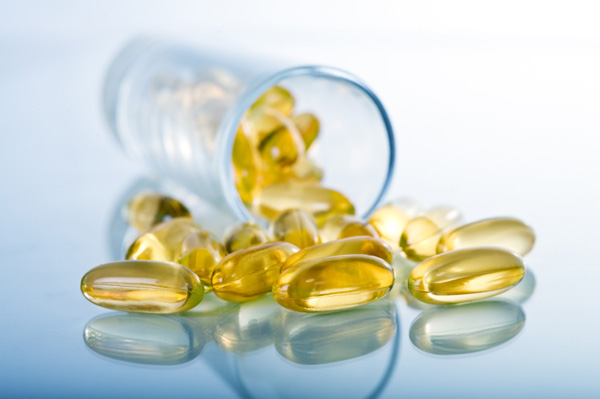 Fish oil is the most popular supplement in the U.S., but a new study may have some consumers rethinking their choice to purchase it.

A new study in the Journal of the National Cancer Institute indicates that the supplements could lead to the development of prostate cancer. In fact, men with high levels of the fish fats in their blood were 43 percent more likely to develop prostate cancer than those with the lowest levels.

Fish and fish oil include omega-3 fatty acids docosahexaenoic acid (DHA) and eicosapentaenoic acid (EPA). Alpha-linolenic acid (ALA) — the third omega-3 — can be converted to DHA in small amounts.

Are omega-3 fish oils harmful? Well, the fatty acids may have a more complex effect on the human body than previously thought.

“We have this tendency to talk about good foods and bad foods, good nutrients and bad nutrients,” said Dr. Theodore Brasky, a research assistant professor at The Ohio State University Comprehensive Cancer Center who headed up the study.

He said the nutrients in fish fight harmful inflammation, but they can also raise oxidative damage to cell DNA similar to the way stress acts on the body.

In recent years, omega-3 fish oil has been tied to lower heart disease and Alzheimer’s risks. The Dietary Guidelines for Americans in 2010 recommends that people swap out high-fat protein with seafood including fatty fish such as salmon, trout and tuna. The American Heart Association approves consuming fish (particularly fatty fish like salmon) twice a week, and the Food and Drug Administration (FDA) says that up to three grams of fish oil daily is “generally regarded as safe.”

16 hrs ago
by Morgan Mullings