An artist just unveiled his vision of what a “normal” Barbie should look like, based on the measurements of real-life women. 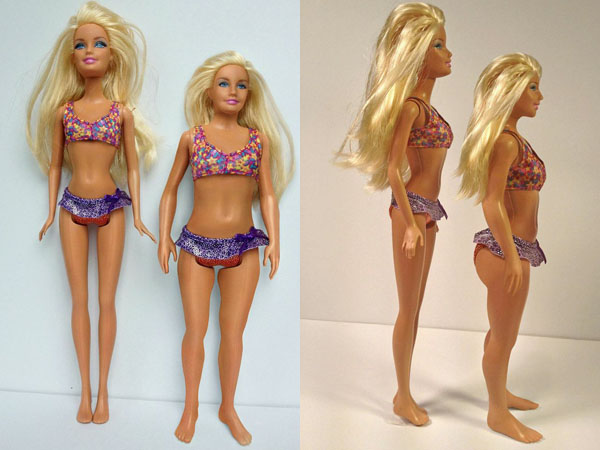 The actress and X Factor judge recently called on her followers to petition Mattel to introduce a Barbie with her “actual body type.. Weight & height,” instead of the long and (seriously) lean toy doll we grew up with.

And it happened — it’s just not by Mattel.

“Some people say that we shouldn’t pay attention to the body proportions of Barbie because she is just a toy,” Nickolay Lamm wrote in a post on MyDeals.com. “On the surface, that sounds like a valid argument. But a closer look, through research, suggests that Barbie may lead to the following… heightened body dissatisfaction among young girls, unhealthy eating behaviors and a desire to achieve a slim body and therefore eat less.” 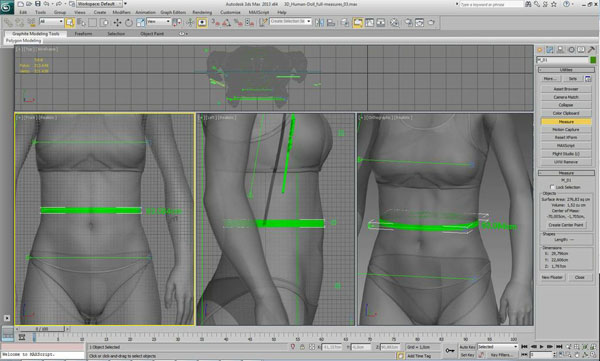 Lamm used measurements that “closely match up… with CDC measurements of the average 19-year-old woman in America” to create a new Barbie prototype — dubbed “normal” Barbie.

“The end result is what Barbie would look like if she was a healthy, beautiful, 19-year-old woman,” Lamm wrote.

We have to agree: “Normal” Barbie is both healthy and adorable — and the response has been relatively positive.

“This is a very pretty, well-proportioned toy,” Dulcinea Jones commented. “She looks like she really could go to college, play sports, build a house or be a scientist. Love her! Does you good to see something like this and helps us to calibrate our perceptions of what is real, healthy and fun. Great job! Let’s make a ‘Ken’ to match!”

“I have just shown the last picture to my 3-year-old daughter and asked which she would rather have between the two dolls,” another commenter wrote. “She immediately pointed to classic Barbie, but when I asked who [she thought] was the nicest and prettiest of the two she points to normal Barbie.”

As for how Lovato feels about the new doll?

The science of laughter
How to tell when the media isn’t accurate about health issues
Is reality TV good for women’s health?