The Food and Drug Administration has given the go-ahead for Brisdelle, a non-hormonal drug that aims to relieve hot flashes. 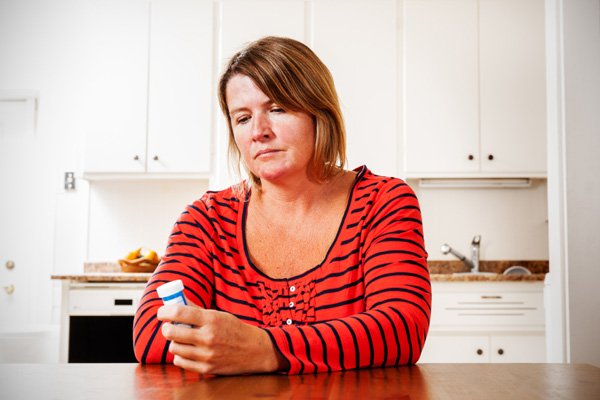 If hot flashes are driving you wild, the U.S. Food and Drug Administration has some potentially good news. It has approved the first non-hormonal drug to beat menopause-associated hot flashes.

The drug is known as paroxetine mesylate (or Brisdelle by Noven Therapeutics). Paroxetine, a serotonin reuptake inhibitor, is the active ingredient in Paxil and Pexeva (two drugs used to treat depression and other psychiatric disorders). Those drugs include more paroxetine than Brisdelle.

Not everyone is singing the drug’s praises, however.

In March, an FDA advisory committee voted 10 to 4 against approving paroxetine mesylate for hot flash treatment, saying the drug was little better than a placebo and did not outweigh its risk for two paroxetine side effects: suicide ideation and osteoporosis. That same committee did not approve a measure to recommend gabapentin (Sefelsa by Depomed), another non-hormonal drug that is used as an anti-convulsant.

The FDA doesn’t have to follow its advisory committees, but typically does so.

“There are a significant number of women who suffer from hot flashes associated with menopause and who cannot or do not want to use hormonal treatments,” said Hylton Joffe, M.D., director of the Division of Bone, Reproductive and Urologic Products in the FDA’s Center for Drug Evaluation and Research.

The FDA stated that Brisdelle was safe and effective in two clinical trials. In those trials, headache, fatigue, nausea and vomiting were the most common side effects noted.

The drug’s label features a warning about the increased risk for committing suicide. The label also warns that the drug can reduce the effectiveness of tamoxifen (a breast cancer drug) if taken with it. It can also boost the risk for bleeding and serotonin syndrome.

Can a vegan diet relieve menopause symptoms?
Painful sex during menopause?
Is hormone replacement therapy right for you?