A new study out of Italy showed that people using e-cigarettes can leverage the devices to quit smoking. 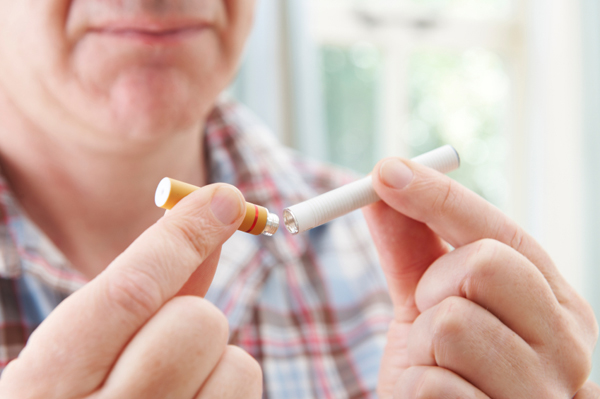 Can e-cigarettes help you quit smoking?

According to an Italian study, which some say is the first serious evaluation of e-cigarettes, the answer is “yes.”

In their study, more than half of the participants decreased their tobacco intake after they began using the e-cigarettes. Study authors say the percentage who quit smoking by the end of the evaluation is comparable to results some have attained by taking medication. This could make e-cigarettes a viable way to quit the habit.

“I think the main message of the study is that we can use these products as an extraordinary tobacco control tool,” said Dr. Riccardo Polosa, senior author of the study.

The study was the first to follow hundreds of smokers for a year, but did not compare the efficacy of the e-cigarettes to other smoking cessation solutions such as patches, gums or medications.

All of the participants were smokers who did not intend to quit in the near future. The first group took e-cigarettes with cartridges containing 7.2 milligrams of nicotine, while the second group got the same initially but was later switched to cartridges containing 5.4 milligrams of nicotine. The third group smoked e-cigarettes that did not contain nicotine — only tobacco flavoring.

While e-cigarettes may not be a preferred method to quit and there are questions on the safety of the devices, the study sheds light on using the devices as an option.

“This really is the first clinical trial that’s ever been reported on electronic cigarettes. There has been survey evidence and anecdotal reports, but this is the first serious study,” said Dr. Michael Siegel, who did not participate in the study or research.