A recent study indicates that parents should focus discussions on healthy foods instead of weight loss or dieting. 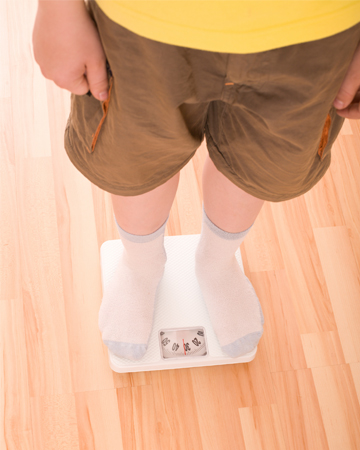 With all the talk about childhood obesity in the news, how should parents approach the topic with their children?

According to this source, most eating disorders start during adolescence, when kids are vulnerable to any mention of their body even if it’s supportive. But should you emphasize weight loss or healthy eating? And how do you begin talking to kids about obesity in the first place?

Researchers at the University of Minnesota set out to find what works best. They examined data from two surveys that included participation from 2,793 public school students.

The scientists found that children with moms who discussed weight dieted the most and had a higher percentage of eating disorders such as binge eating and fasting. Among the adolescents in that study, 35.3 percent of kids with mothers who focused on weight were on a diet while 22.6 percent of those whose mothers emphasized healthy eating were on a diet. The scientists also found that extreme unhealthy behaviors occurred in 5.9 percent of children with mothers who talked about weight, while just 1.6 percent of the children whose mothers focused on healthy eating had an extreme practice.

When it came to overweight adolescents, dieting and disordered eating was reported in about 40 percent of the kids whose mothers focused on healthy eating and 64 percent in those who focused on weight.

Dads, pay attention too: The link was the same for father-led conversations.

“It’s important to [have] conversations that focus on healthy eating as a cause for healthy bodies and strong bones, rather than a cause for weight and size,” said Jerica Berge, who led the new study at the University of Minnesota Medical School in Minneapolis.

Plate-cleaning can backfire
Is your child obese?
Kids eat less on small plates

16 hrs ago
by Iris Goldsztajn