A young woman and a young man in their early 20s stumble upon love. As they free-fall on this magic carpet, life suddenly appears to them extraordinary in all ways, even in its smallest details. 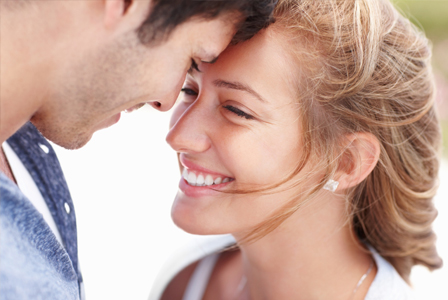 Their perception of the world has changed. Powerful hormones, we are told, will allow them to fly free in love for six to eight months. Only later, when they reach age 28, will they be less in the thrall of their reproductive organs, and this is especially true for men.

At the age of 28, our respective prefrontal cortexes, which are in charge of rationality, will have become almost mature and will be more apt to control our physical compulsions. However, love is not only a question of hormones, different brain structures and phases of development. It is also and mainly a question of identity. It tries to answer the question, “Who am I?”

This identity is sensed and takes form between the ages of 14 to 21 years old. The frontal lobes in your brain are not yet mature during this time, which implies that subconscious baggage as well as projection will have a lot to say about your choice of partner at these ages. During this phase, the medial prefrontal cortex, where we find many receptors for the oxytocin hormone (also known as the bonding hormone), is center stage in mediating your identity.

Indeed, it has been shown that although the male and female brains appear similar, some structures might be more voluminous or connected in one gender than in the other. The true difference, however, resides in how each gender uses these structures. In addition, we all are unique. That is to say, how you use your brain and how I use mine will be as different as our fingerprints, influenced by everything we have experienced since our parents conceived us.

In the case of romantic relationships, research has shown that males are more emotionally affected by a breakup than females are. Why is this?

In general, men naturally have a tendency to use structures associated with what we label the motor brain. Therefore, when a man is faced with emotions, he would rather find solace in the physical world. He’d rather chop wood, go for a run, watch sports, make love or even fight physically than talk about how he feels.

There are many levels to humans other than the physical and the emotional, and my book, Isis Code, explains the tendencies of both genders at each level of development.

To answer a few common questions… 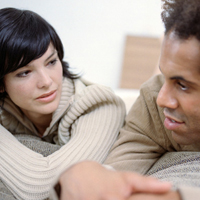 Would you say that if the woman wants to have a more emotional conversation with her man that she should approach it in a physical setting, say, by going on a hike?

No. If you want your man to have a more emotional conversation with you, he will have to develop aspects of himself in the same way women go to the gym and develop muscles. It is not a natural tendency for most women, but they may do it to get closer to their men. There is no quick solution here except to choose a man who already has worked on these aspects within himself. 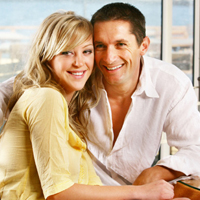 Let’s apply this information to the stereotypical summer fling. Why would a woman be more likely to get attached emotionally in this kind of relationship, when the man can be satisfied with a strictly physical relationship?

Simply put, the genital parts of men can work independently of their emotional world, while women naturally structure relationships in a more holistic way. 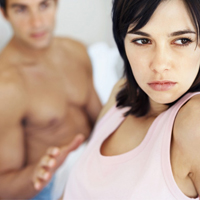 We women often get accused of not telling him how we really feel, while men are often accused of not picking up on our body language, which is telling them we are mad even when we are saying we’re not. What causes the sexes to act and react this way?

Since men are receptive emotionally and not physically, they will notice your body language less than what you say.

The heightened experience that love brings to us is a change of perception, which some compare to the effect of a drug. Our senses become keener, everything is more beautiful and, suddenly, life is worth living. We get up and go to the gym at 6:00 a.m. because he or she is there. We undergo a heightened state of awareness and expansion.

This is all because our identity is recognized by someone with whom we resonate. He or she acts as a mirror unto ourselves, and we like what we see. There is an affinity between the receptive and active levels of the two individuals as if keys had found their appropriate locks and vice versa.

In the case of a breakup, the newly found identity is suddenly negated, and the victim has to reinvent himself or herself. The best way to prevent heartache is therefore to build our own, strong identity — to know more about ourselves — before falling in love.

To read more about how your brain works, read Ariane’s book, Isis Code.