A blood test can detect HPV antibodies transmitted via oral sex that show up before cancer can be detected. 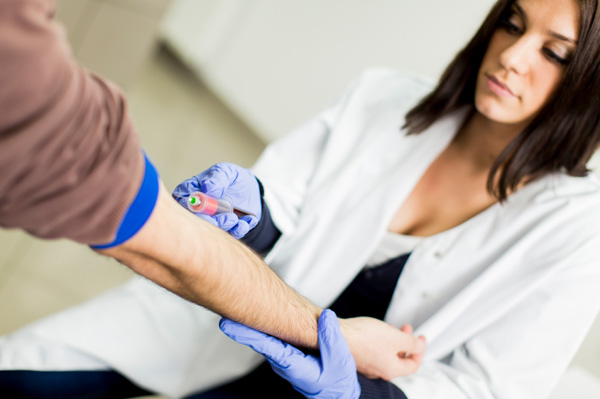 Scientists say HPV antibodies can be detected in blood, paving the way for screening to earlier detect sexually transmitted oral and throat cancers.

Researchers say that a blood test could spot human papillomavirus (HPV) antibodies years before the onset of the disease, which can lead to mouth and throat cancer when transmitted via oral sex.

According to a team that published the study in the Journal of Clinical Oncology, the findings may lead to earlier screenings for the antibodies.

“Up to now, it was not known whether these antibodies were present in blood before the cancer became clinically detectable,” said Paul Brennan, of the World Health Organization International Agency for Research on Cancer (IARC), who led the study and said the results were “very encouraging.”

“If these results are confirmed, future screening tools could be developed for early detection of the disease,” he said.

HPV is more commonly associated with cervical and other genital cancers, but it is responsible for mouth and throat cancers, too.

Recently, actor Michael Douglas suggested his throat cancer was caused by HPV transmitted through oral sex. Oral, neck and head cancers are often associated with smoking and alcohol use, but the disease has increased, notably in Europe and North America, over the past few decades.

Brennan said this is due to changing sexual practices in these areas — meaning, more oral sex is on the menu nowadays.

Michael Douglas and HPV
Does the HPV vaccine promote teen promiscuity?
Can you get HPV from oral sex?