Scientists have figured out how to use a sensor to identify the odor from melanoma to detect this often deadly form of skin cancer. 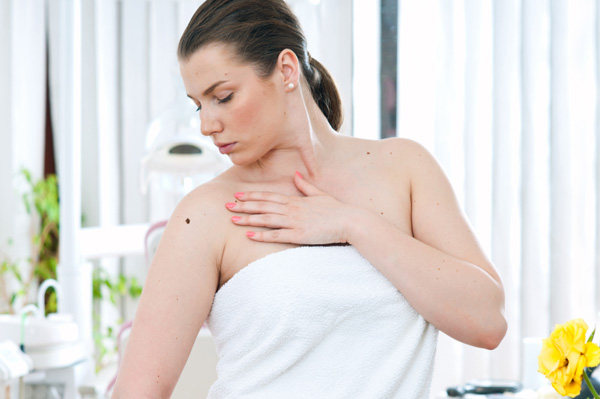 Can scientists really sniff out melanoma? Sort of.

In a new study published in the Journal of Chromatography B, human skin cells give off an odor that doctors can pick up with a sensor to detect melanoma.

Researchers from the Monell Center and other institutions say they can distinguish between melanoma and normal skin cells using a nanotechnology-based sensor. The finding means that doctors can use the non-invasive technique to identify the cancer in its early stages, which could mean better survival rates.

Until now, a visual examination was the only way to spot melanoma, which is the deadliest form of skin cancer.

The sensor spots volatile organic compound (VOC) molecules, many of which carry an odor. During research, the scientists found specific VOCs from melanoma cells at three stages of the disease.

“We are excited to see that the DNA-carbon nanotube vapor sensor concept has potential for use as a diagnostic. Our plan is to move forward with research into skin cancer and other diseases,” noted A.T. Charlie Johnson, professor of physics at the University of Pennsylvania, who developed the sensor.