Is ignorance truly bliss? Especially when it relates to the paternity of your children? Find out how one dating site is exposing the truth about mothers who are hiding the dirtiest little secret since Watergate. 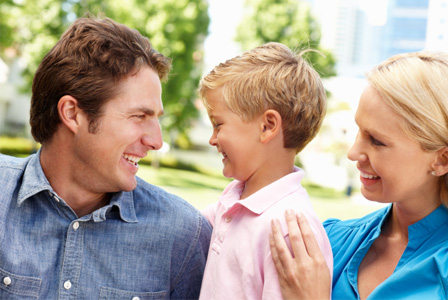 Imagine finding out that the children who have lovingly called you “daddy” all these years are someone else’s. It is a scary thought that is unfortunately a reality for millions of fathers. Infidelity dating site, AshleyMadison.com is shining light on the sobering truth that many fathers are unknowingly raising someone else’s children as their own. With Father’s Day looming around the corner, it begs the question, who’s your daddy?

According to the site, a survey of 102,137 women showed that 9 percent admit that the father of their children is oblivious to the fact that he is not the biological father. What is even more alarming is that 16 percent of those mothers are unsure as to who the actual father could be.

It seems that men are getting revenge without even knowing. According to site founder Noel Biderman, the day following Father’s Day is the busiest time of year for the website. The Monday after Father’s Day garners three and a half times more initial male sign-ups than any other Monday. So who is the real victim in this situation? The dads? The children? So long as mothers are keeping hush hush and sites like AshleyMadison.com continue to thrive, we may never know.

More on love and marriage

58 mins ago
by Katherine Speller

2 hrs ago
by Sara Dobie Bauer