The New York Times just explored one of the rites of passage of coupled-up New Yorkers: Co-habitation after a break-up. Can you ever really go from lovers to roommates? 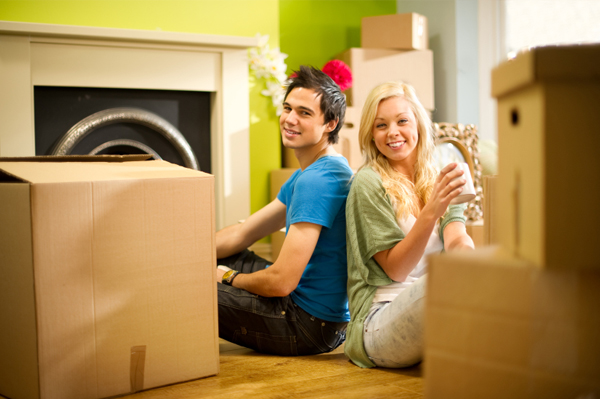 New Yorkers Cassandra Seale and Mike Byhoff did what a lot of young couples do in the expensive city: After dating for a short while, they decided to move into a Lower East Side apartment together.

The situation was ideal for the Brooklyn-based Seale. She wanted to live in Manhattan, and living with the BF gave her the opportunity to do it on the cheap.

“Part of the reason why the relationship accelerated was that he was in the Lower East Side and it was really convenient for me to stay there, like all the time,” she told the New York Times in a weekend story that’s hit a nerve with young couples, both in NYC and beyond.

Spoiler alert: It doesn’t end well. Byhoff came home one day and hit her with a really low blow.

“I’m no longer attracted to you,” he told her.

Double ouch: By then, they had moved into their own place and still had a lease. Neither side could afford to live there alone, so they became roommates.

“It was definitely awkward,” Byhoff told the Times. “It’s just like, you’re in the bed facing a different way. There is nothing else you can do.”

Living together after a breakup raises all kinds of issues — like, what happens when one side starts dating again?

“I came home once from hooking up with a friend of a friend,” Seale recalled, “and I remember coming home really early because I was like I don’t want him to know.”

In a perfect world, couples would have a heart-to-heart talk and get a clear understanding of where the relationship is going before co-signing a lease.

But in the imperfect world of romance and high rents, moving in together can seem like the only option that makes sense. Then, if breaking up is the only reasonable option down the road, living together may still be the only choice.

Did you live with your boyfriend and then break up? How did you handle it? Sound off below!

10 Women reveal the moment when they knew it was time to move on
Let him down easy: How these real women did it
Real story: Why I broke off my engagement