Haylie Duff is an actress, singer and songwriter. She’s also a major foodie who turned her blog Real Girl’s Kitchen into a best-selling book by the same name and then into a Cooking Channel show. This season, she’s starring in a second show on the Cooking Channel, Haylie’s America. The second episode in New Orleans is this Thursday, Sept. 15 at 10 p.m. ET.

How to Make a Unicorn Cake in 13 Simple Steps 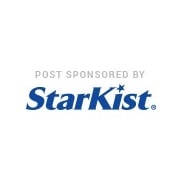 This Italian Wrap Puts All Other Wraps to Shame