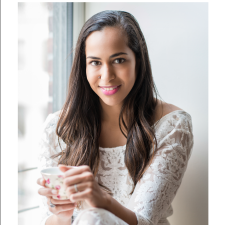 I’m a huge fan of Jurassic Park. My fandom is pretty obvious in this video; I mean, I even wore my best 1990s explorer gear.

To celebrate the release of Jurassic World, I drew inspiration from the fly trapped in amber that provided the dinosaur DNA in the original movie. These “dinosaurs trapped in amber” are dinosaur gummies in rum punch Jell-O shots. They’re easy to make, taste great and I promise they won’t escape and go wild.