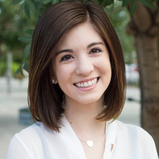 The only thing Americans seem to love more than their favorite celebrities is ice cream, but there’s a surprising amount of overlap between the two.

Ben & Jerry’s has always been known for its unique and cleverly named flavors, including several that were inspired by television stars, musicians and athletes.

But they’re not the only ones who’ve thought to name their ice creams after celebrities — and as fans of ice cream and celebrities, what better way to celebrate National Ice Cream month (July!) than by trying the best ice creams named after famous people?