A recent study showed that an alarming percentage of supermarket meat is tainted with antibiotic-resistant superbugs like salmonella and E. coli. Learn why eating antibiotic-free beef, pork and chicken is a smart choice for you and your family. 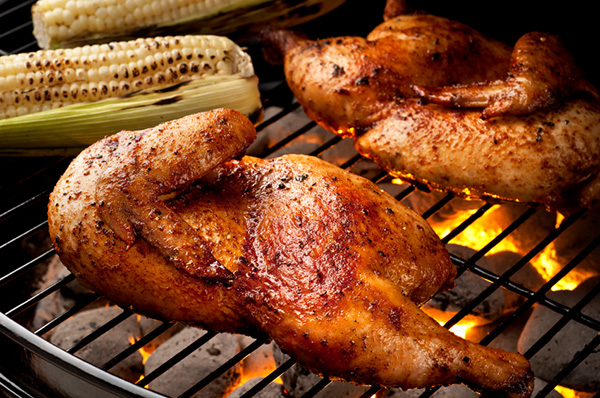 Antibiotics have been administered to animals for years, so why has antibiotic-free meat become such a hot topic just recently?

For starters, the use of these drugs has ramped up significantly. Each year, 15–17 million pounds of antibiotics are being used not only to treat sick animals but also to prevent sickness in animals raised in overcrowded, unsanitary conditions. The effect? Bacteria is now becoming resistant to antibiotic drugs. A recent study conducted by the Environmental Working Group found that the majority of chicken, pork, beef and turkey is tainted with antibiotic-resistant strains of bacteria like salmonella and E. coli. In fact, the EWG found that the most recent supermarket meat tests conducted by federal scientists showed antibiotic-resistant bacteria, or superbugs, on a whopping 81 percent of ground turkey; 69 percent of pork chops; 55 percent of ground beef; and 39 percent of chicken breasts, wings and thighs.

Even worse, according to Dr. Glenn Morris, humans who ingest these nasty strains of bacteria may not respond to antibiotic treatment. Children are at particular risk due to their immature immune systems.

With our supermarket meat swimming in antibiotic-resistant superbugs, you’d think the government would take action, right? Not so much. In April 2013, the Food and Drug Administration announced a “voluntary strategy,” asking drug companies to limit the use of antibiotics in animal feed.

Unfortunately, FDA’s call for voluntary, “judicious” use of antimicrobial drugs is left open to interpretation and carries no penalty for noncompliance.

Where can you find antibiotic-free chicken?

The good news is that antibiotic-free chicken can be easily found if you know where to look (and read labels carefully). A 2012 Consumer Reports secret-shopper study found “no-antibiotics” products at 119 stores — and at lower prices than expected. Chains that carried chicken raised without antibiotics included Whole Foods, Trader Joe’s, QFC, Publix, Kroger and Jewel-Osco. In some cases, the cost of chicken without antibiotics was actually lower than the national average price for all chicken breasts.

When dining out, you can find great-tasting antibiotic-free meat at restaurants — including Panera Bread, a leader in increasing the availability of healthy and delicious antibiotic-free proteins in the United States. Panera serves antibiotic-free chicken, roasted turkey and pork. With demand growing for drug-free meat, it’s likely you’ll see more restaurants making a commitment to serving this type of protein in the future.

To locate drug-free meat at eateries, farmers markets, retailers and farms in your area, try the online tool available at RealTimeFarms.com.

Go to RealTimeFarms.com to show your support and share the antibiotic-free meat message with your social network.

Does it pay to buy organic food?
Raising organic livestock: What happens on the farm
Organic lunch ideas for kids