A country music star has got to eat! It takes energy to perform day in and day out. What do your favorite country stars love to eat when they’re on the road? What dish do they want most when they get home? What’s their favorite meal to cook for themselves?

While no one might think that country music stars eat more than pop stars or opera singers or indie rockers, country music does have songs about strawberry wine, watermelon crawls, chicken fried, barbecue stains, and french fries. It’s pretty clear country music knows how to enjoy a good meal. (And looking at the list, maybe not a particularly healthy meal at that!)  So, given country’s love affair with eating, what do its biggest stars want to eat on the road, when they’re down or when they’re cooking? We looked around and here’s a little glimpse at the meals of stars. 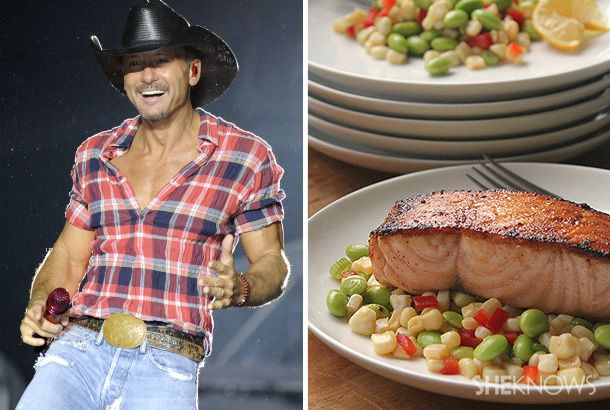 Country music superstar Tim McGraw has recently undergone an intense body transformation. While never fat per se, the star has dropped 40 pounds and kept it off by working out three times a day and enjoying a healthy food regimen that includes fish, whole grains and other healthful foods. The diet has worked as McGraw recently graced the cover of People in a swoon-inducing T-shirt that showed off some seriously ripped abs. 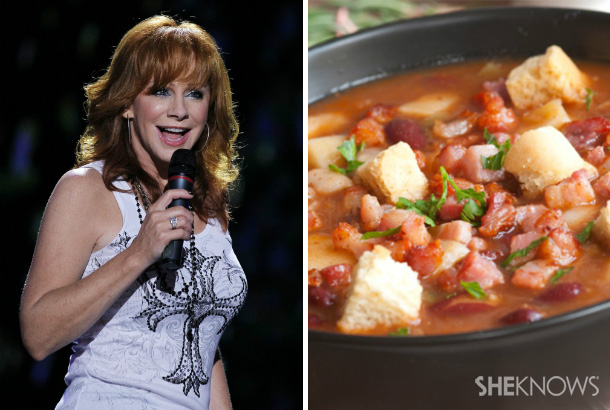 Reba McEntire has had the type of career that any country artist would die for and, at 52, a body that women half her age would kill for. The world-famous country artist is quite open about the amount of work it takes to maintain her slim figure, but she’s also quick to point out that she loves to indulge herself every now and then.

Most nights around the McEntire household, Reba loves to do the cooking, serving up grilled lean steaks, fish and chicken. She also loves to entertain, which is when the less health-conscious foods come out, including a dish she calls “Reba beans” which are a blend of different kinds of beans with beef, veggies and spices for the best-looking beans this side of Oklahoma. 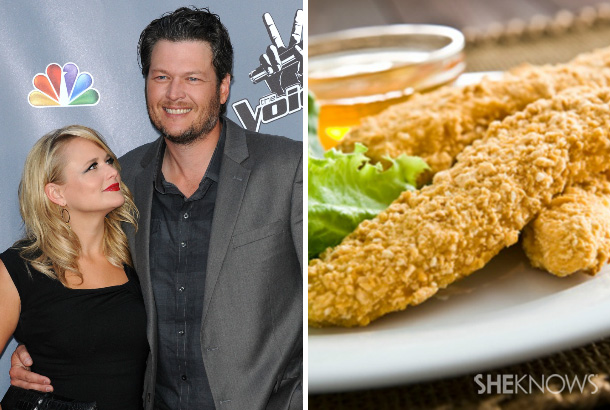 If Blake Shelton’s persona on The Voice is any indication, the country music star’s favorite “food” might just be beer. In reality, he and his wife, Miranda Lambert, do love their food and lots of different adult beverages. Still, their tastes tend to run toward the simple, if the food served at their engagement party is any indication. At their engagement bash, they feasted on chicken fingers encrusted with cheesy crackers, smoked Gouda mac and cheese and fried green tomatoes. It’s obvious one of the most famous couples in country music loves their comfort foods. 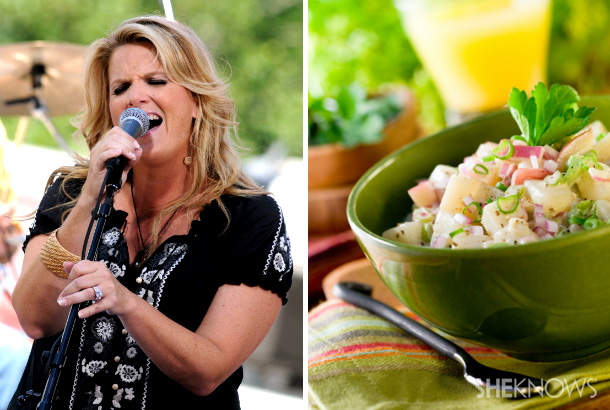 Trisha Yearwood is a special case in the country music culinary world. While a lot of country stars love their food, very few would put their careers on hold to write cookbooks, but that’s exactly what she did with her mother and sister. The result has been a pair of cookbooks, a Food Network TV show and countless appearances featuring her special, largely plant-based brand of healthy takes on Southern cuisine. Despite the apparent contradiction in terms (healthy, vegetarian, Southern cuisine), the books have done very well, her show is in its third season and she’s still thought of as one of country music’s greats.

We think Trisha Yearwood would love these lightened-up Southern recipes >> 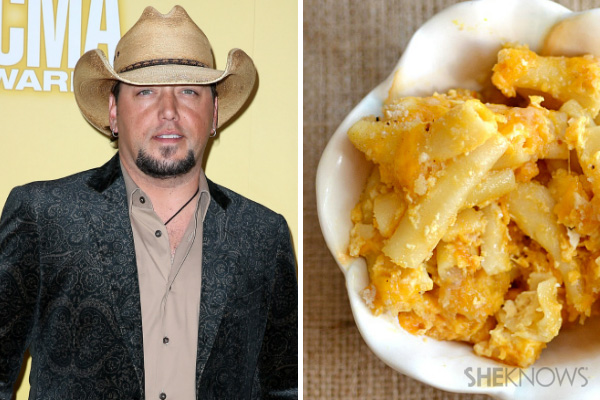 Aldean is one of the hottest country stars around and the only one on this list who isn’t too worried about what he’s eating. The megastar behind such songs as Dirt Road Anthem doesn’t have a favorite cheat food because he’s not on a diet (although his favorite beer is Coors Light, so that’s something!). Instead, his favorite junk food is Doritos, and he reportedly loves sitting down to a plate of chicken with mashed potatoes and mac and cheese. That’s a great meal no matter what type of music you love. 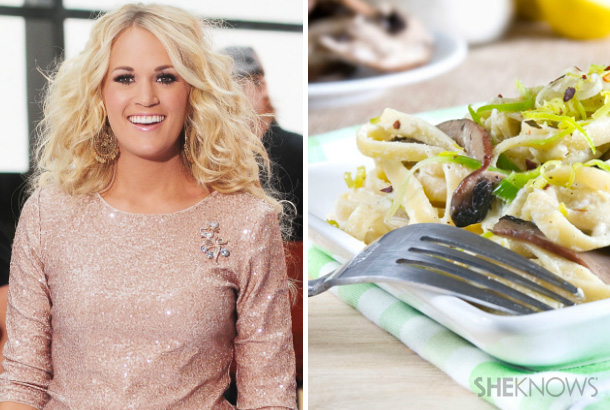 Continuing the trend of health-conscious country stars, Carrie Underwood has totally given up meat and opted instead for a vegan diet. The powerful country singer still manages to enjoy her food though, dining on tofu scramble, vegan quesadillas, “cheese” and crackers, vegan stir fries and meatless hamburgers. This, along with daily workouts, keeps the megastar in top form whether at home or on the road.

More celebs dish it out