… And so should you! Not everyone gets to be a Food Network Grill Mayor. You have to apply, you have to get more votes than other applicants and you have to make amazing grilled food. Find out what it took for Kansas City’s own Craig Jones to be the Grill Mayor and learn what he does to consistently produce excellent meals. 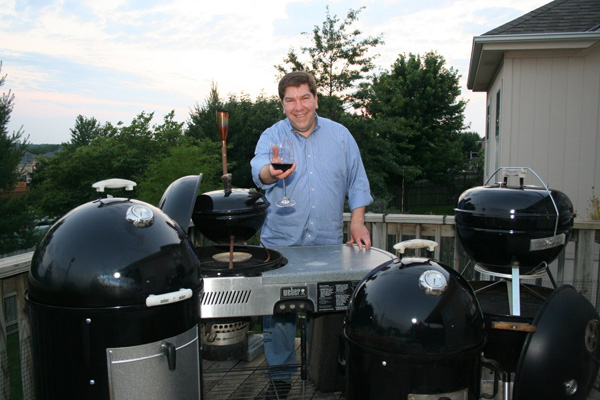 Craig Jones won the Food Network’s Grill Mayor competition in 2012. To win the contest, Craig, who barbecues more than 300 times a year, was asked to submit a photo (which he did, of himself and standing next to no fewer than six grills) and a tip. Then the world voted on who should be the Grill Mayor and, at the end of the day, Craig won the election. Not too shabby considering the fact that he beat out some tough competition.

To this day, Craig is a great Grill Mayor. After only a few minutes talking to him, it’s not hard to see he’s forgotten more about grilling than most of us will ever know. Still, he can explain how to make great grilled food so that anyone can understand. Read on for his expert advice.

The tip that won Craig the title of Grill Mayor 2012 was a good one. Put simply, Craig wants everyone to familiarize themselves with their grill and learn how to perform both direct and indirect grilling. Direct grilling, as Craig explains, is when the food sits directly above the fire, similar to the way a stove cooks food. Indirect heat, on the other hand, is when the fire is on one side of the grill and the food is on the other. This method cooks food the same way an oven does. If you can master both of these techniques, there’s not a food out there that you can’t make on the grill.

Grilling novice? Check out our grilling guide for beginners >>

Convert recipes to the grill when you can

Craig highly advocates converting recipes to the grill. Craig says that any recipe designed for the stove or oven can be changed so that it takes advantage of either direct or indirect heating methods. You may need some grill-safe equipment like heavy cast iron pans, but the result is always worth it. This is due to the fact that the food you grill is seasoned not only with the ingredients in it, but smoke from the charcoal and wood chips, too.

Cook with the lid

Try out these tips on our top 21 grilling recipes >>

So that you can keep that lid on, Craig advises that you walk away from the grill and let the fire and smoke do their jobs. To this end, Craig will actually go inside after putting the lid on his grill and set a timer to remind him to go out and check his food. This ensures that he’s not constantly messing with the food and letting the heat out. If you’re not sure how long to set your timer for, first check the recipe. If the recipe doesn’t specify, take Craig’s advice and flip your food every five minutes.

While Craig has strong feelings on how to successfully grill, perhaps the subject he and his wife, Gay, insist on is brining the chicken and pork before you cook it. They both feel it makes all the difference in terms of taste. Craig uses a brine consisting of 4 cups water, 1/4 cup sugar and 1/4 cup salt that is stirred together and the food is placed in it. He’ll usually do this for only an hour, which he says is plenty of time to let the brine add a little flavor. In fact, he’s got a whole routine. He’ll begin the brining process and after 40 minutes, he starts the grill. By the time the fire is ready, the hour will be about up, and his food is ready for grilling. Even better, he had those 40 minutes to prep his sides so that he can cook and he and his wife and friends can start to eat.

Now, that you’ve heard from the Mayor, get out there and get grilling. Who knows, maybe next year you can be the Grill Mayor!