It doesn’t have to be difficult to cook and bake for a gluten-free diet. There are so many great resources available! 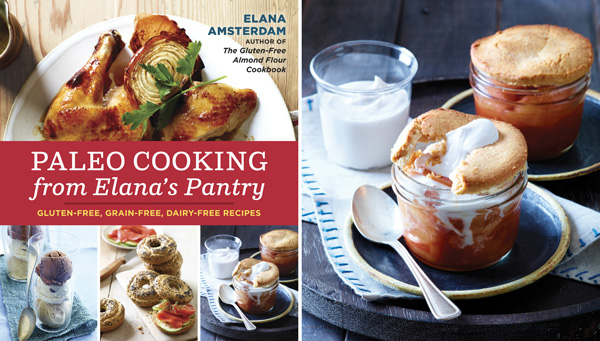 May is National Celiac Awareness Month. An estimated 1 in 141 Americans has Celiac disease, according to the National Foundation for Celiac Awareness. The disease is a lifelong disorder and is really only treated by following a gluten-free diet.

There has been more awareness placed on gluten-free diets and foods in recent years, which is a big help for those with celiac disease or gluten sensitivity. For example, you know that SheKnows is a resource for gluten-free recipes, and there are many food bloggers and cookbooks available that provide helpful information and recipes, too.

In 1998, Elana Amsterdam, founder of the popular gluten-free, grain-free food blog, Elana’s Pantry, was diagnosed with celiac disease. Elana is also the author of two gluten-free cookbooks, The Gluten-free Almond Flour Cookbook, and Gluten-free Cupcakes. SheKnows had the opportunity to chat with her about her thoughts on gluten-free cooking.

SheKnows: What was the motivation behind starting your popular blog?

Elana Amsterdam: I was diagnosed with celiac disease in 1998 and went on a gluten-free diet. When my son was diagnosed with the disease a couple of years later at the age of three, I made it my mission to turn all of my favorite classic recipes into gluten-free versions for him. That’s how my website was born.

SK: Do you find there are misconceptions about a gluten-free lifestyle? How do you help to clarify some of those thoughts?

EA: Many people think gluten-free food tastes bad, and that can be true when foods are made with rice flour, which can have a very gritty texture. Because of this, I use almond flour, which has a smooth texture and buttery flavor.

Another great thing about almond flour is that it’s super easy to use (no recipes with long lists of gluten-free ingredients) and is also actually higher in protein and healthier than wheat flour.

EA: The key is using superior ingredients, such as almond flour, that taste better, are easier to use and are healthier to boot.

SK: What are a few staples you think every gluten-free kitchen should have?

SK: Can you give a few helpful hints for those beginning their journey toward eating gluten-free?

EA: Clean out your pantry and throw out all gluten-containing products. Buy gluten-free staples such as almond flour and coconut flour so that you don’t have to give up baking and baked goods and remember that most natural foods (salad, juice, vegetables, etc.) are gluten-free anyway!

Up next:  Try one of Elana’s recipes from her forthcoming cookbook published by Ten Speed Press, available for purchase on June 18>>